Halloween is around the corner and markets had plenty to frighten them this week. Across Europe, the second wave of infections has risen higher than the first. While new lockdown measures are less stringent this time (schools and businesses can remain open unless social distancing is impossible), shutting down social interactions…

Halloween is around the corner and markets had plenty to frighten them this week. Across Europe, the second wave of infections has risen higher than the first. While new lockdown measures are less stringent this time (schools and businesses can remain open unless social distancing is impossible), shutting down social interactions, just as the service sector was finding its feet, has the potential to put the recovery back on hold.

Brexit rumblings continue to scare too, as last week’s high tensions – as Boris Johnson told the nation to prepare for a ‘no deal’ – carried over. But the noise abated as both sides agreed a new mid-November deadline. Judging from this week’s price moves, capital markets think the bluster on both sides is just that – currency and stock markets barely moved in response.

With good news so scarce, it is unsurprising that markets gave back some of October’s early gains. Overall, prices continue to trade sideways, and are mostly flat since the beginning of September. Markets are in a holding pattern, waiting to see how the renewed virus uncertainty plays out. Underlying this, however, some notable economic trends are emerging (as we discuss in separate articles below).

At a regional level, China is still the big winner of 2020. Activity is now motoring ahead, and the world’s second-largest economy is on course to be the only major nation to post positive growth numbers this year. Despite the dreary virus picture in Europe, Germany’s most recent manufacturing flash Purchasing Manager’s Index (PMI) (measuring business sentiment, where a reading above 50 indicates expansion) came in at 58.0. This is an increase on last month’s 56.4, despite expectations of a fall. Car sales seem to be the cause of manufacturing optimism, as demand has picked up globally and particularly in, yes, China. The services sector fared less well, and is now marginally below the neutral level, although the direction of travel is encouraging.

None of this is helping the UK economy. Here, PMIs are going in the opposite direction, which drove down stocks in the first half of the week. Declining sentiment is a clear sign that September’s COVID restrictions are squeezing activity, especially in the services sector. Beyond this lies a number of domestic problems, Brexit being just one of them. Chancellor Rishi Sunak has stepped off the pedal in terms of fiscal backstop support – evidenced by his reluctance to commit more spending for businesses and employees in Manchester, and the spat with Mayor Andy Burnham.

Budget hawkishness at this time could be a devastating policy mistake – for both behavioural compliance and the economy. We suspect recent weakness in the UK market was mostly attributable to the government’s fiscal floundering. Sure enough, after the Treasury’s stance softened on Thursday, markets leapt back up on Friday. The sharpest economic downturn in modern history is not the time to worry about balanced budgets. Judging from the Bank of England’s comments this week – suggesting it may have to resort to negative interest rates – central bankers agree. This is not a move the Monetary Policy Committee would take lightly, but could be necessary if no more fiscal support arrives.

Comparisons with the US are telling. America has undeniably fared better (economically speaking) in 2020, and markets are now looking favourably on its prospects. This is, in large part, down to the expectation of a Joe Biden presidential victory, followed by bigger fiscal stimulus programmes in 2021. Perhaps markets have begun to see monetary value in the containment of environmental risks and overall social cohesion (See the below article on green energy investments outperforming US Big Tech). There is also some suggestion that the biggest Biden downside for equities – an expected corporate tax hike – could be delayed.

In any case, US economic growth is still strong, certainly compared to Europe. We are now into the Q3 earnings season, and results are showing that – despite fears over the summer that markets were running on hot air – stocks are better underpinned than many had thought. To add to this, credit and liquidity conditions are holding up, suggesting mass default fears have been misplaced.

Of course, if the US economy is strong, then the Chinese economy is booming. Such is the economic optimism in China that authorities are now refocused on containing ‘overheating’ issues. The People’s Bank of China (PBoC) is now confident enough to be raising interest rates, while also taking regulatory steps to cool the property market. In combination with a further opening up of its capital markets – through removal of currency controls – President Xi’s administration seems keen to promote financial asset investment from domestic as well as international investors.

We will be keeping a very close eye on the publication of results from various pharma conglomerates at various stage three efficacy tests that are expected before the end of the month. Vaccines may well turn have a huge decisive impact in the race between east and west. Hints by UK’s chief medical officer Chris Whitty that we “may have a few doses of a vaccine before Christmas” are encouraging, as distribution to the most vulnerable should allow governments across Europe to begin relaxing restrictions.

The indicators of the last quarter tell us that the global economy has every potential and capability to recover strongly, even if we get another quarter’s delay, and that evidence for a meaningful 2021 bounce-back is becoming more evident.

What is not clear yet, but will merit watching very closely, is whether the ‘first in, first out’ advantage China has gained in economic terms will lead to a more fundamental and accelerated paradigm shift, or at least a change in global importance between the old economies and the new, with China and other growing South East Asian economies at the centre. 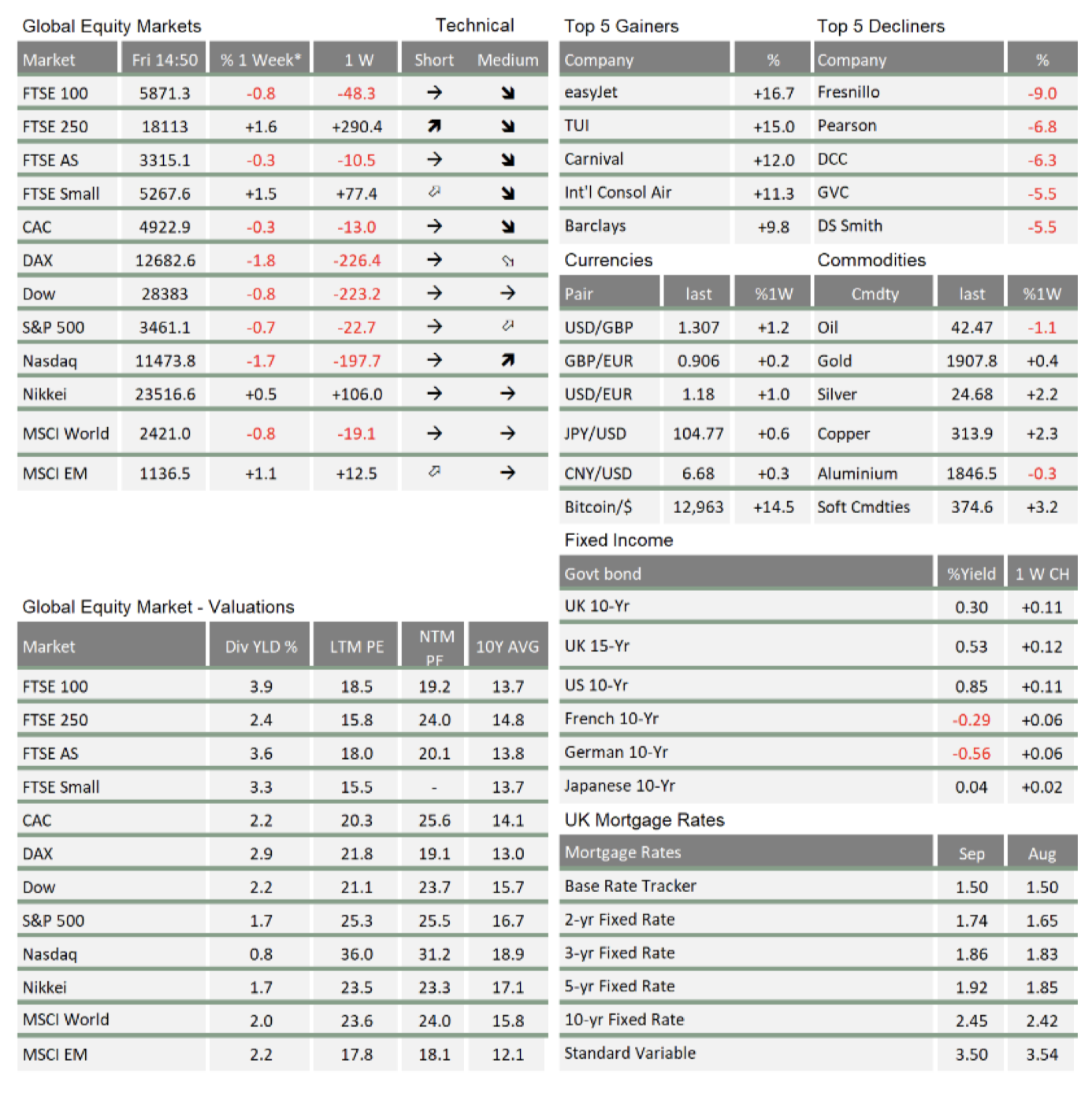