Market Update: Unsettled week ahead, or behind…

This week’s choppy markets are testimony that the US Presidential election next week could influence the long term more than the tough second wave virus restrictions across Europe. The period we are in just now is one where the short term does have formidable influence on the longer term, so it is perhaps not surprising that capital markets as a whole were choppy over the week.

Market Update November: Unsettled week ahead, or behind…

This week’s choppy markets are testimony that the US Presidential election next week could influence the long term more than the tough second wave virus restrictions across Europe. The period we are in just now is one where the short term does have formidable influence on the longer term, so it is perhaps not surprising that capital markets as a whole were choppy over the week.

The outcome of the US elections is keeping short-term market participants particularly trigger happy. Unhelpfully, this is exacerbated by the realisation that the severity of the COVID-19 second wave is no longer looking as benign as it did in September. Hospitalisations and fatalities among the old and infirm are rising at such an uncomfortable pace that critical care units could soon be struggling with capacity again. The economic impact of this second round of lockdowns may not be as severe as the first – because activity restrictions appear less blunt and all-encompassing –but nevertheless, the extraordinarily strong rates of economic recovery over the third quarter tell us very little about the next three months. As suggested last week, the recovery will pause and even dip into reverse for a little while, but the long-term picture of a strong 2021 will only fade if governments lose their confidence in bridging the gap once again. Central bankers and economists are still encouraging them to borrow and spend, but inevitably there will be many a politician whose natural instinct is to step on the fiscal brake instead.

In this respect policy announcements from European nations have been mixed, although it is encouraging to note that the usually so fiscally prudent Germany continues to lead by example, with a pledge to compensate affected businesses and the self-employed with government support of up to 75% of their turnover of the same period last year – as per last year’s tax returns. The European Central Bank (ECB) proffered its support with a particularly forthright press conference, with plenty of hints that it will allow governments to use their fiscal tools to prevent lasting economic scarring.

Our suggestion last week that equity markets would take a lead from oil seem to have panned out. Brent crude oil fell below $40 per barrel because of a sharp rise in US physical storage as well as the European lockdown announcements. On the other hand, the continued stream of encouraging data releases about the strength of the Q3 economic recovery – paired with numerous optimistic hints from the pharmaceutical community that various vaccines in late-stage testing are likely to become available before year-end – served as support for equity valuations and meant that risk assets did not descend into freefall like they did back in February/March.

This leaves the Jekyll and Hyde characterisation of the US presidential election as the main source of uncertainty over the coming week. There are strong indications that the Democratic Party candidate Joe Biden will win the race against incumbent Donald Trump, but they are not decisive enough to not conjure up memories of election night four years ago. Trump won against the odds, and indeed with a minority of the popular vote. This, together with the fear that the result may be close enough for Trump to reject conceding defeat – followed by a long and painful vote recount as seen in the election of 2000 (remember Florida’s infamous ‘hanging chads’?) – is what has markets really on edge.

In such an environment, it is not unreasonable to expect both the more risk-averse investors and speculative players to reduce their risk exposure by moving into cash until the storm has blown over and the dust settled. Lower equity markets at the end of this week are therefore much more rational relative to the shorter-term backdrop than much of the other market reactions we have recently experienced.

Fast-forward to the end of next week and, from an optimistic point of view, we might not only have certainty about the outcome of the US election, but may also see the release of the much-hinted- at positive results of the stage three vaccine test trials. This should lead the speculative and risk averse end of the market to reengage, and for markets to continue in their gradual upwards direction, rather than the downward direction experienced over the last two weeks. The pessimistic perspective has the election resulting in chaos, or at least heightened uncertainty, and Europe’s public health pressures increasing dramatically. Such an outcome would certainly cause more downside volatility in the short-term, but may also provide some attractive buying opportunities against the undiminished more positive longer-term time horizon the strong Q3 economic data suggested.

Partly as a consequence of this fluidity in markets, we are implementing a few changes in the composition of our managed portfolios, take advantage of the ongoing market volatility, through our range of embedded Overlay funds. We will consider executing similar moves across all platforms and portfolios once it is clear that the risks for portfolios being temporarily out of the markets with the transacted amounts, have receded. We are hopeful that this will be by the end of next week. If, however, the more negative outcome emerges over the shorter term, we would still expect that markets will return to calmer waters in due course. Four years ago, it took markets only a few hours to absorb the shock victory of then President-elect Trump. Despite the predictions, it was not the end of the world then, just as it won’t be this time. 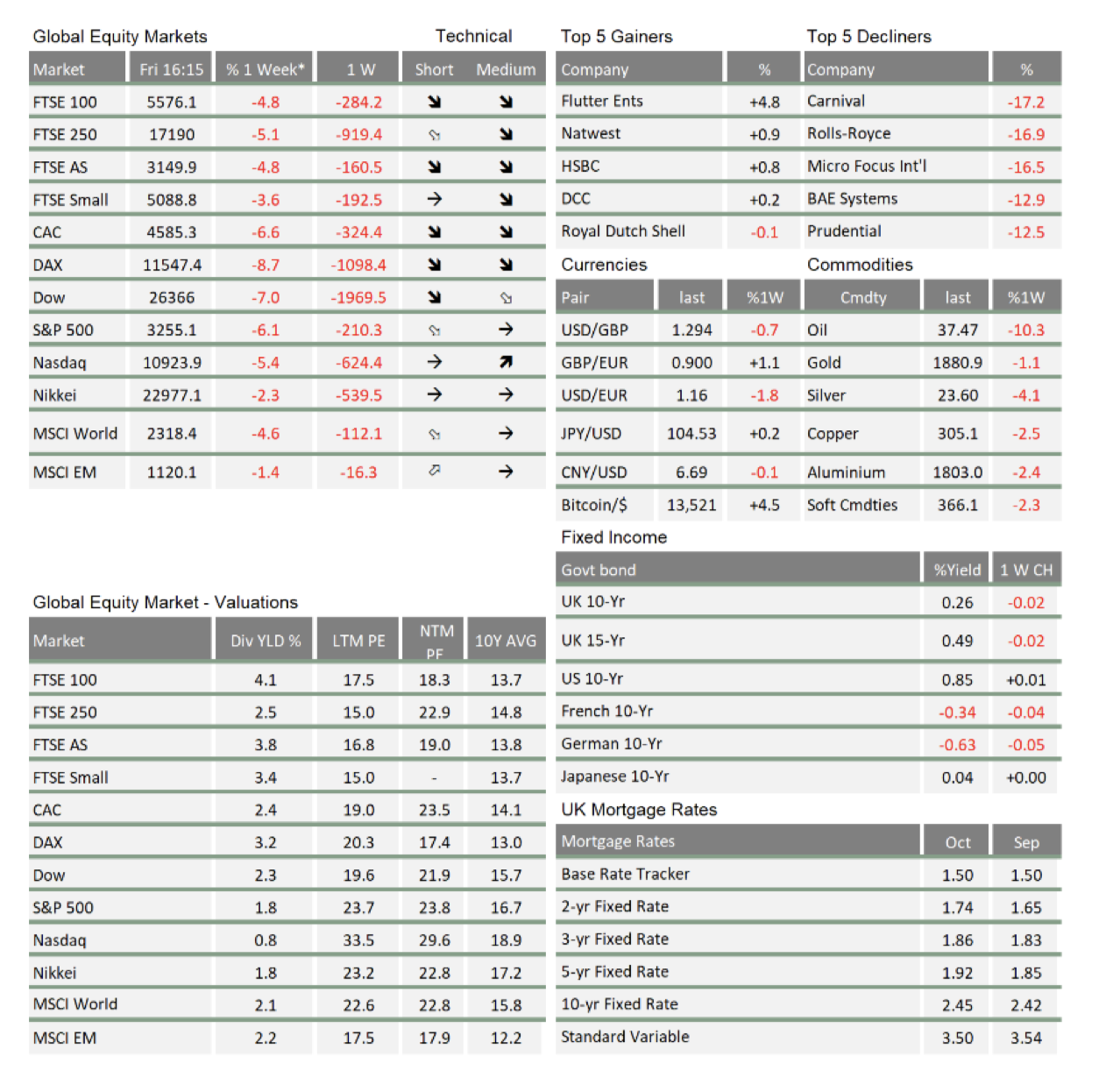