Although 2021 did not close with another ‘Santa rally’, December – and the year as a whole – generated some pleasing returns for diversified investment portfolios. Compared to 2020 (another strong year in performance terms), equity investors fared considerably better than bond investors. Overall, and across asset classes, investors have experienced a notably better pandemic than so many other aspects of society. 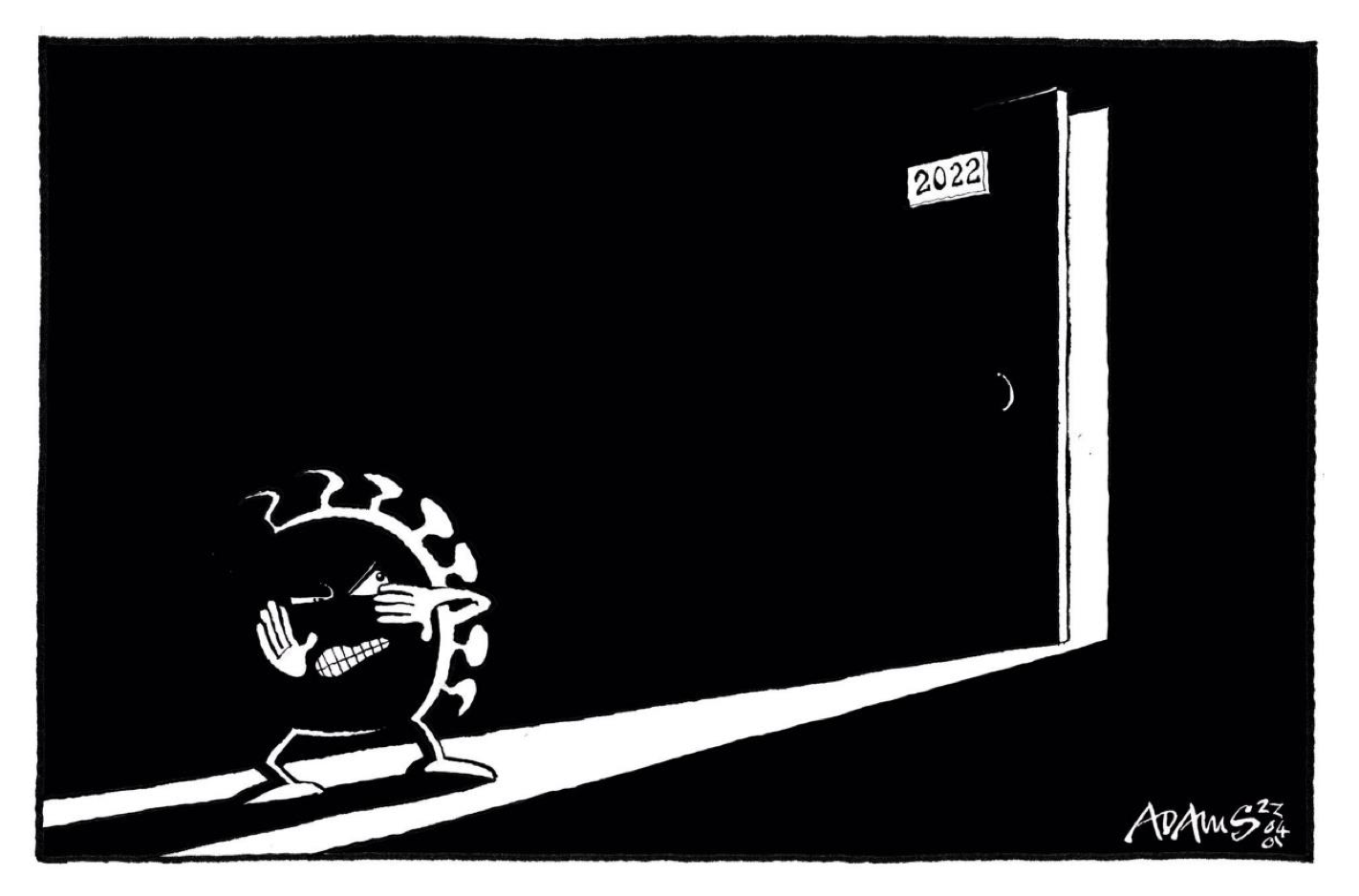 Although 2021 did not close with another ‘Santa rally’, December – and the year as a whole – generated some pleasing returns for diversified investment portfolios. Compared to 2020 (another strong year in performance terms), equity investors fared considerably better than bond investors. Overall, and across asset classes, investors have experienced a notably better pandemic than so many other aspects of society.

So far, 2022 has kicked off very much where 2021 ended, with central bank policy decisions – and bond market reactions – causing volatility in equity markets. However, compared to this time last year, which was marked by a second national lockdown in the UK and the storming of the US Congress by a violent mob of Trump supporters, this week looked comparatively dull.

Despite COVID infection rates being near double what they were a year ago, and the economic outlook looking far less clear cut or positive, central banks are indicating they are more worried about an overheating economy (causing inflation) than a renewed stalling of activity levels. As with last year, this friction is having a profound impact on bond yields, which in turn is continuing to affect valuation metrics in equity markets. As a result, the higher market volatility of this week continues to be predicated on the juxtaposition between balancing short-term versus medium-term risks.

By way of example, in August 2018 Apple had a market capitalisation of $1 trillion. But it has undoubtedly been one of the great winners in the pandemic period. Being stuck at home, consumers have spent their money on personal tech, both hardware and software. It broke the $2 trillion market barrier in September 2020, and on Tuesday, it hit a market capitalisation of $3 trillion (it was back down to $2.8 trillion by Thursday).

Apple’s revenues and margins shot up just when one thought it could no longer achieve the sort of profit growth of 20 years ago. Nonetheless, compared to then the company is now so large, so dominant and cash generative that it has become a defensive stock in nature, even when renewed pandemic restriction limit economic activity elsewhere. At the same time, Apple has almost no long-term debt, which makes its shares now behave less like a tech stock and more like a high- grade bond proxy. Thus, when long-term rates move up, Apple’s share price comes under pressure.

That is exactly what happened on Tuesday evening. The minutes for the December meeting of the Federal Open Markets Committee (FOMC) were released, and the committee’s hawkishness was unmistakeable. Even before this, yields in almost all major markets had been moving higher in the last days of the year. However, they moved sharply higher and seem set to close this week with yields having risen by about 0.25% in the US, Germany and the UK.

So, the interest rate sensitivity of the US ‘mega-caps’, a decided boon for most of the pandemic period, has bitten hard. The beneficiaries have been financials, especially banks. Moreover, European banks have this time kept pace with US bank share price performance, aided by the fact that European yields have risen almost as much as US yields. The growth outlook for Europe appears as strong as the US over the next two years, with fiscal stimulus more certain and valuation upside decidedly larger.

Inflation concerns have been at the forefront of market concerns. In the US, the FOMC minutes have made it more so. The US labour market report released today (7 January) failed to alleviate concerns, despite job creation being less than expected. This was because average hourly wages rose 4.7% year-on-year and, even worse, were revised higher to 5.1% for December. Interestingly, the story is one of people working less rather than overall pay rising. It was expected that more people would join the jobs market but the ‘participation rate’ (people in work or actively seeking work, relative to the adult population) remained at the low level of 61.9%. Meanwhile, the number of hours worked in the week fell.

In a sense, in inflation terms, this is potentially good news for the rest of this year. Many of the incentives for people to be inactive are decreasing. The failure of the Democrat Party to get its second stimulus bill through has meant child tax credits have ceased as of this month. It may be unpleasant for many, but it will probably result in an increase in the active workforce.

In Europe and the UK, there is some pressure on wages, but inflation pressure is coming more from energy price rises. We cover this aspect in more detail below. Again, we think inflation pressure will decline as we head into the spring, with natural gas prices likely to head lower. Oil prices should stabilise.

The European growth outlook should help the euro to regain some ground against the US dollar (and perhaps sterling will benefit, to a lesser extent). The European Central Bank (ECB) is not sounding anywhere near as hawkish as the Fed, which normally is a recipe for US dollar strength. However, and perhaps remarkably so, that has not been the case this week. Indeed, the euro has strengthened slightly.

Elsewhere, China has been a source of growth concern through the latter part of 2021, after the authorities’ deliberate action to compress the major property developers through tightening of lending standards. However, policy action has gone into reverse this week, with both the central bank acting to ease conditions and the government pressing the banks to provide funding to developers. It has been notable as well that the renminbi has remained very stable through the year. While it is unlikely to rise sharply against the US dollar, a stronger domestic economy would also reduce the likelihood of a renminbi fall – so a slight improvement in outlook here after an otherwise not great start to the year in China.

That the US dollar has not strengthened markedly this week is good news (see above). We think this indicates a more broad-based global growth picture than was the case in the second half of 2021, one which is not reliant on the US consumer. We are optimistic that demand will be well- based outside of the US, while the Fed is unlikely to be more hawkish than is now discounted by the market. Investors will benefit from more synchronised strength, as earnings of 2021’s laggards should catch up, provided the Fed (through US dollar strength) does not tighten financial conditions too rapidly. We expect the COVID wave caused by the omicron variant will reduce the urge to do so, as inflationary pressures should subside from lower consumer activity levels while the supply side continues to gradually normalise.

However, we sound a note of caution. In the end, it is not just about the actions the Fed takes, but also what markets anticipate, which is what we saw unfolding this week. Markets will continue to worry about the Fed’s apparent zeal not only to stop buying more bonds, but probably to become a seller. Therefore, we expect every word uttered by a Fed official will be dissected for evidence of when ‘quantitative tightening’ (QT) will begin. The Fed may move uncomfortably quickly if inflation refuses to decline. Equally, the market may over-anticipate how swiftly the Fed does tighten. Should liquidity tighten rapidly, either by means of central bank policy or by the mere anticipation thereof by nervous markets, then the equity bears will have an outing. 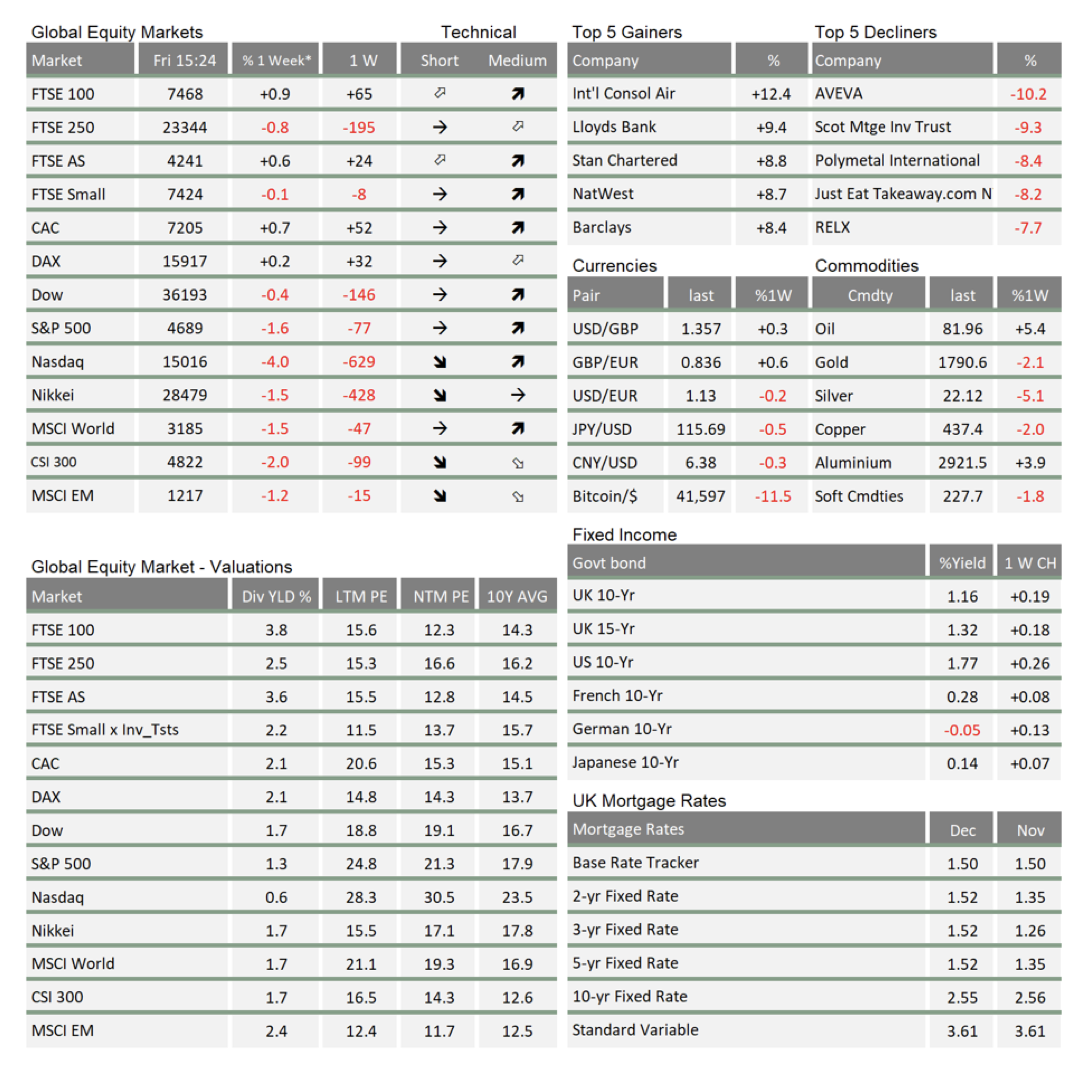