In a week where Donald Trump kicked off his re-election campaign in earnest, global investors showed it is indeed “America first”. US equities continue to push at all-time highs, having recovered everything lost in March’s frantic sell-off – and then some. 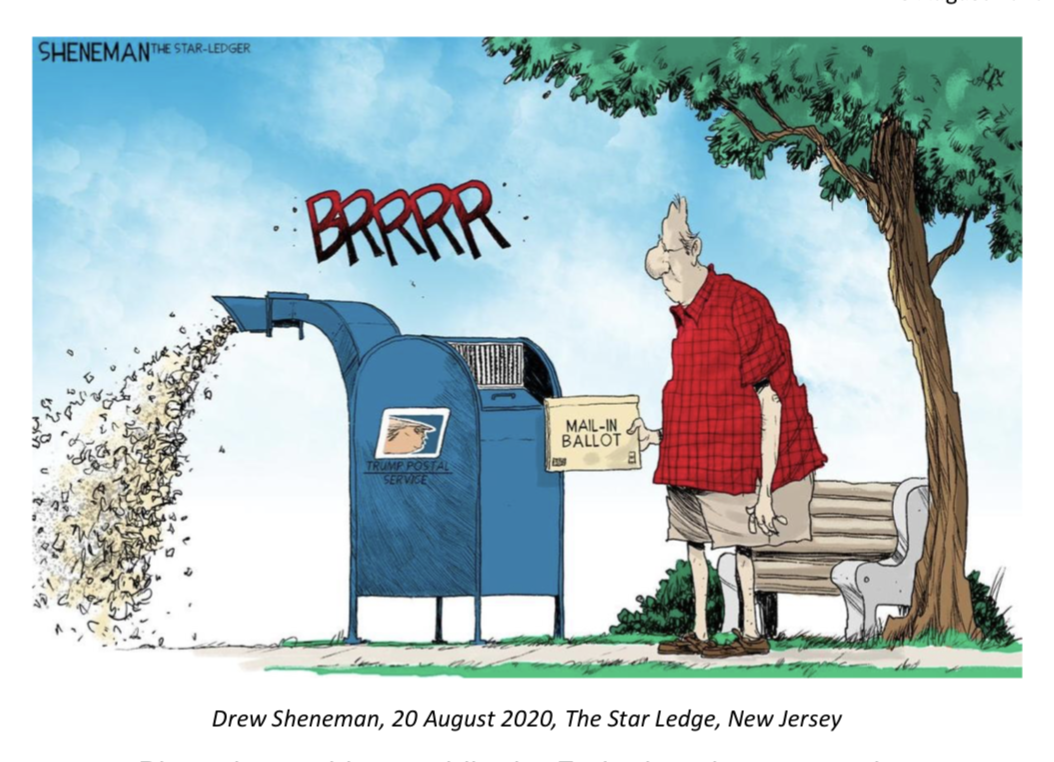 In a week where Donald Trump kicked off his re-election campaign in earnest, global investors showed it is indeed “America first”. US equities continue to push at all-time highs, having recovered everything lost in March’s frantic sell-off – and then some. If the stock market soaring to new heights while the world languishes in its deepest ever recession isn’t staggering enough, we also note the US is accelerating away from its global peers. While the S&P 500 has gained an incredible 56% from its March lows, the UK’s FTSE 100 has barely moved in the last few months – seemingly locked around the 6000 level. European and most other markets look similar, with US and global investors all giving the world’s largest economy an overwhelming vote of confidence.

In particular, investors are bullish about America’s big tech superstars, with the mega-cap tech sector emerging as an undisputed pandemic winner. We wrote last week about Apple’s colossal $2 trillion market cap milestone, and this week the company moved to split its shares four to one. Incredibly, the rationale Apple gave for the move was that it could then achieve a broader investor base. That the most bought company in the world, and history’s most valuable firm, wants to reach more investors begs belief, but it shows just how confident markets are about the US and its all- conquering tech giants.

That market optimism continues to be backed up by an abundance of liquidity. The week’s main market event was a speech from US Federal Reserve (Fed) Chair Jerome Powell, in which he – expectedly – announced a break from past Fed policy. From here on, it will allow inflation to rise above the 2% target for short periods of time, in the same way that inflation has often undershot that target. The announcement changes nothing right now, with the Fed holding interest rates at near-zero and pumping huge amounts of capital into the financial system. But it confirms what investors have suspected for some time: easy monetary policy is here to stay, even when the economy starts whirring again.

Judging from the market reaction, Powell’s speech was a success. Longer-dated bond yields rose somewhat, signalling greater market confidence in long-term economic growth. No doubt the rally in equity markets also had something to do with the Fed’s change of tack. Officially, the Fed’s mandate on inflation – the 2% annual target – has always implied it is symmetrical, with inflation overshoots in some years offsetting undershoots in others. But for the past few decades at least, the Fed has clearly shown a bias towards preventing inflation going higher than 2%. 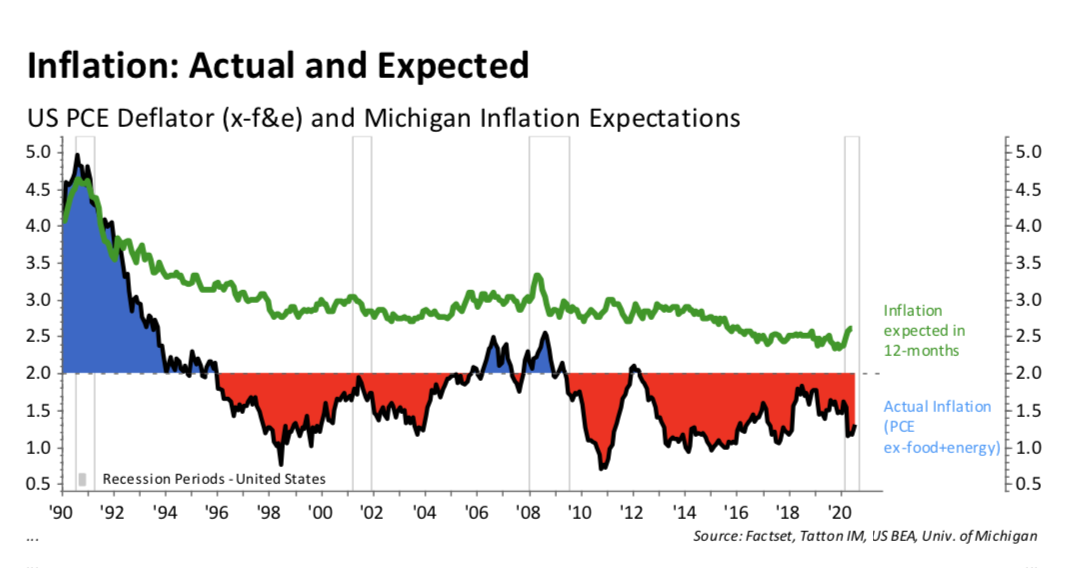 This can be seen in the way it has approached wage inflation. The other part of the Fed’s dual mandate is to ensure full employment. But when the labour market has tightened in the past, and wages have started rising, the Fed has been quick to tighten monetary policy. As well as contributing to the disinflationary environment we have been stuck in for years, there is clearly a growing concern that this approach has also had a damaging impact on income inequality – with fighting inflation almost always coming ahead of bolstering employment.

The Fed’s latest review shows a clear change of heart here. Rather than talking about a “deviation” from full employment, the Fed now talks about a “shortfall” in employment. This suggests the committee wants to go for full employment first and inflation containment later. And this means inflation could run higher than the 2% target – hopefully coupled with higher levels of nominal growth – for some time. With the new policy framework, the Fed is telling us it is in ‘easy’ mode for the long haul. As such, this could be an important turning point for monetary policy.

Given the deep global recession we are in, an easier Fed does not mean that the dollar will weaken tomorrow, or that US Treasury yields will spike anytime soon. But it does make the Fed the most flexible and accommodative central bank in the world right now – which should lead to a weaker dollar in the long run. It is also clearly a positive for the US as a whole, which might justify markets’ American optimism.

The other beneficiary from all this optimism is Donald Trump. At the Republican National Convention this week, Trump and Vice President Pence firmly nailed their colours to the ‘Law and Order’ mast – painting a Biden presidency as route to violence, anarchy and moral decay. But for all of that strongman rhetoric, the President will be well aware that economic optimism – backed up by an accommodative Fed – is crucial to his re-election hopes. Of course, capital market optimism is not the same thing as optimism from the people on the streets. But there are signs that US consumer confidence is coming back too.

All of this has bolstered Trump’s electoral hopes. Back in June, the President’s campaign looked in tatters, with Biden barely having to say a word to gain his big lead in the polls. But that lead has since come down, and betting markets now put the election at near enough a 50-50 split. This change has undoubtedly also had a positive effect on capital markets. For all of his bluster, Donald Trump’s agenda of tax cuts and deregulation has been a positive for corporates, so it is little surprise that they should do well out of his increased chances. With little over three months to go until Americans head to the polls, the campaign will hot up even more.

In other world news, Friday saw the resignation of Japanese Premier Abe for health reasons. Given Abe’s supportive economic measures over the years, markets’ immediate reaction was negative – with Japanese stocks falling 1.6% and the Yen falling somewhat (though shortly bouncing back). As effective as Abe’s economic policies may have been, we see little reason to think that his departure is a major blow. The government’s policy is unlikely to change drastically in the short- term, and the opportunity for new blood is often a good thing.

Finally, closer to home, UK markets over the last week have matched the weather: soggy. Clearly, the next stage of our economic recovery depends on getting people back to work. There are no real signs that this is imminent, but the upcoming return to school is a key part of that. Unfortunately, it is almost certain that increased opening measures – especially the reopening of schools – will cause at least some boost in virus cases. But whether this affects economic or market expectations depends on how big a spike we see and, crucially, how deadly that increased case load turns out to be. This we cannot know until at least a few weeks into September. 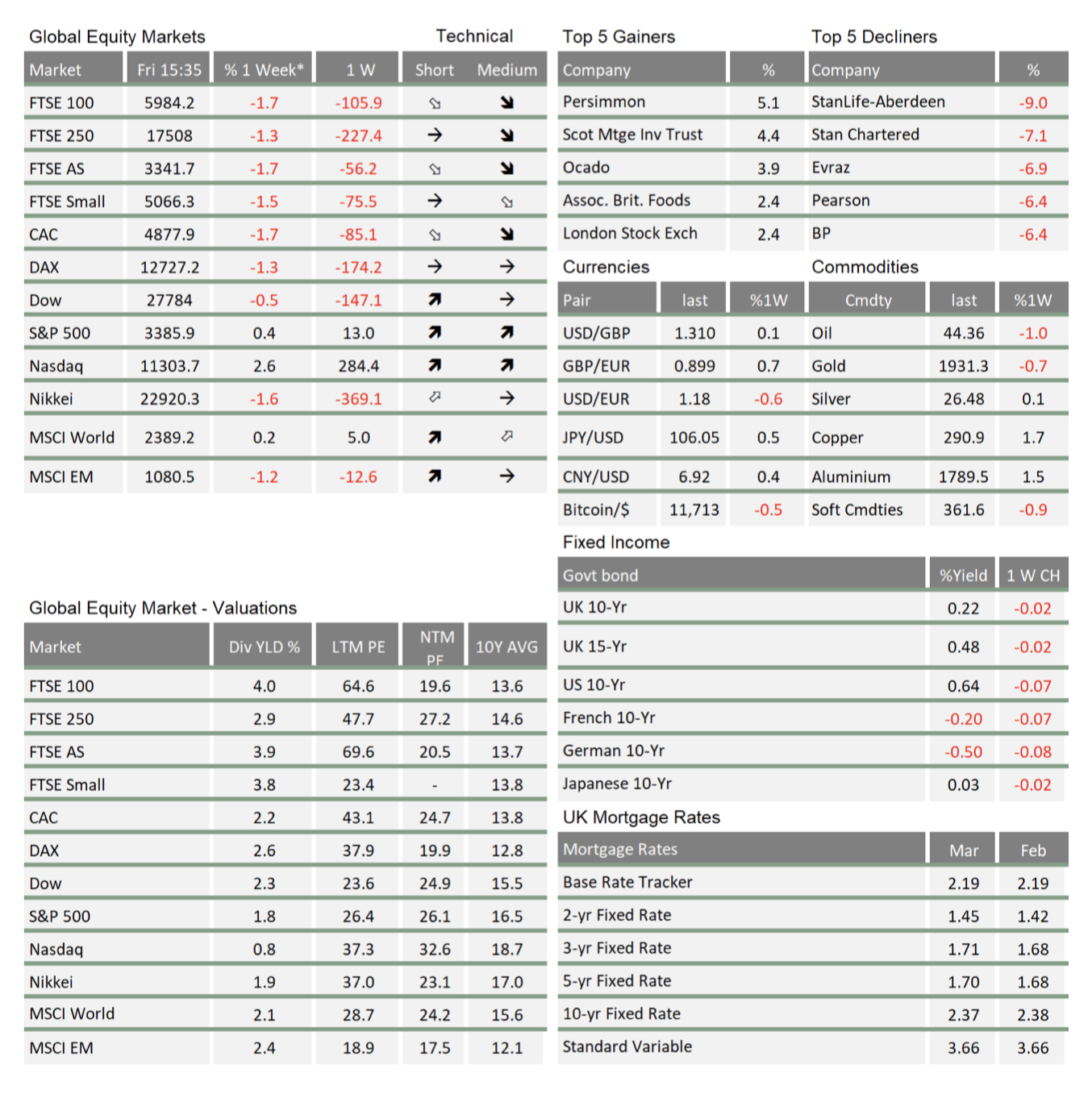