While UK consumers braced themselves for a surge in their cost of living – as the UK’s energy price cap resets and rises a staggering 54% – investors experienced a quieter week, which once again saw gains in equity markets, while bond market valuations suffered from rising yields. 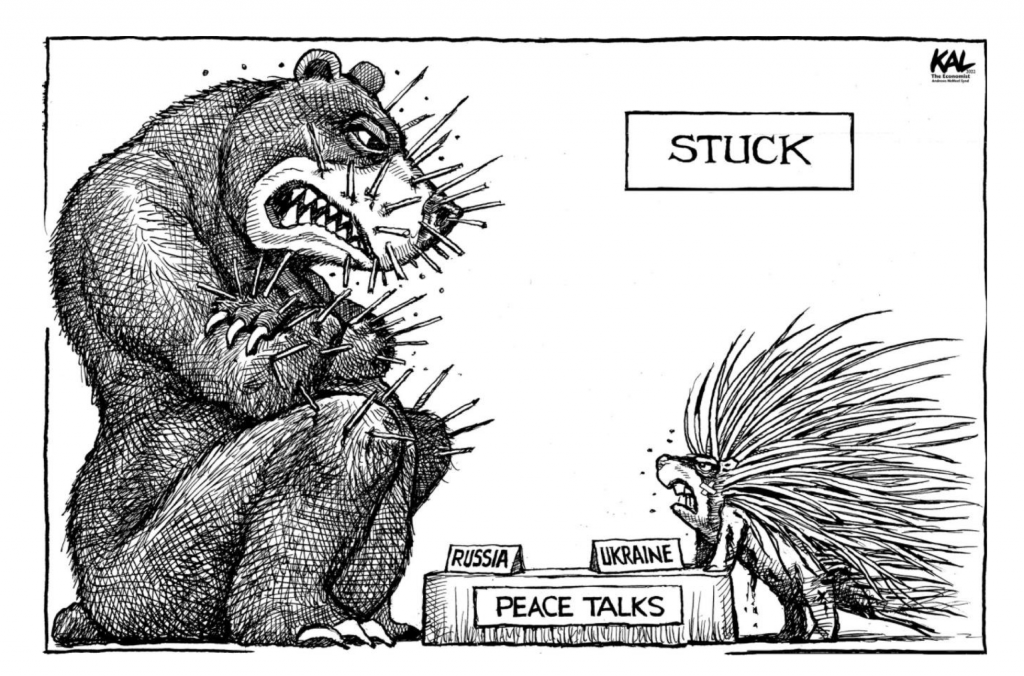 While UK consumers braced themselves for a surge in their cost of living – as the UK’s energy price cap resets and rises a staggering 54% – investors experienced a quieter week, which once again saw gains in equity markets, while bond market valuations suffered from rising yields.

March’s positive returns have only partially repaired what has not been a great quarter for investors. The two major events that drove the quarter – a sharp turn towards monetary hawkishness by the US Federal Reserve (Fed) and Russia’s unprovoked war on Ukraine – now appear a little less frightening for investors, but their impact drags into the second quarter.

Compared to positivity with which 2022 started – with prospects of finally leaving the pandemic years behind us – these two events have certainly dimmed the near-term outlook for the global economy, as they have naturally increased the risk of a central bank error causing a recession, or at least an economic slowdown, because of a prolongation of increased energy prices. All this will make it more difficult for companies to improve their earnings, while further supply disruptions and spiking commodity prices have created inflationary pressures that central banks are ill-equipped to fight, without upsetting the economy.

As always, there are also positive perspectives arising from adversity, but the major investments into energy security that were pledged by European governments over the past weeks will take time to feed through into economic activity. More important for the near term has been the US government’s decision to release vast amounts of oil from their national reserves over the coming six months, which put further downward pressure on the oil price, with Brent crude now trading at around $105 per barrel, rather than the $130 level reached earlier in March.

US employment figures were also cause for positivity, with 430,000 new jobs added in March. This confirms the continued strength of the economy there, while the latest business sentiment figures from Europe tell a story of slowing growth, but still good momentum from before the start of Russia’s war on Ukraine.

However, as we laid out last week, good news can in the current environment also turn into headwinds for markets. With price pressures still looming, it was perhaps unsurprising that longer term 10-year US government bond yields reached new cycle highs of over 2.5%, before falling back a little towards the end of the week.

The fast-changing yields have brought another popular spectre out of the ‘scares cupboard’, that of a yield curve inversion. Long term readers of The Tatton Weekly will know that inversions of the yield curve are feared by markets because they have in the past often been closely followed by a recession. As the chart below shows, the US yield curve has inverted in the spectrum between 2 and 10 years of maturity, but remains very steep between 0 and 2 years. This is important, and the reason why the current inversion has been dismissed by most market commentators, is because it is the inversion at the front end of the curve that has in the past been the preeminent recession warning light. It has also – rightly – been argued that the longer maturity end of the curve has been artificially suppressed by the Fed’s extended QE purchases of those bonds.

While we agree with much of this, it unfortunately also adds another reason for pessimism that equity investors can add to the already very high ‘wall of worries’. This, together with the increased equity valuation pressures from higher bond yields, makes current market levels on some of our metrics look more extended than at the beginning of the year, when the outlook was still far more positive. We are clearly pleased with the recovery markets have seen since the lows of the first quarter, but whether this will lead to a renewed sustained uptrend, rather than a range-bound sideways trading of markets, will be determined by developments both in global politics and monetary policy over the coming weeks and months. These developments are currently difficult to predict.

Energy security, one of the major economic uncertainties overshadowing Western Europe, experienced a fillip over the week. Putin’s threat to cut off gas supplies to Europe unless payment was made in roubles turned out to be more of an empty gesture aimed at his domestic audience, and a desperate attempt at creating support for Russia’s currency at a time when its economy is plummeting. Given European customers will continue to be allowed to transfer euros which are only converted into roubles in Moscow, not much has changed. Except perhaps that there are not enough roubles to cover all transactions, which will require Russia’s central bank to turn on the printing press. Whether that is a smart move when inflation is already running at double digits and there is little to buy with roubles, is highly doubtful. 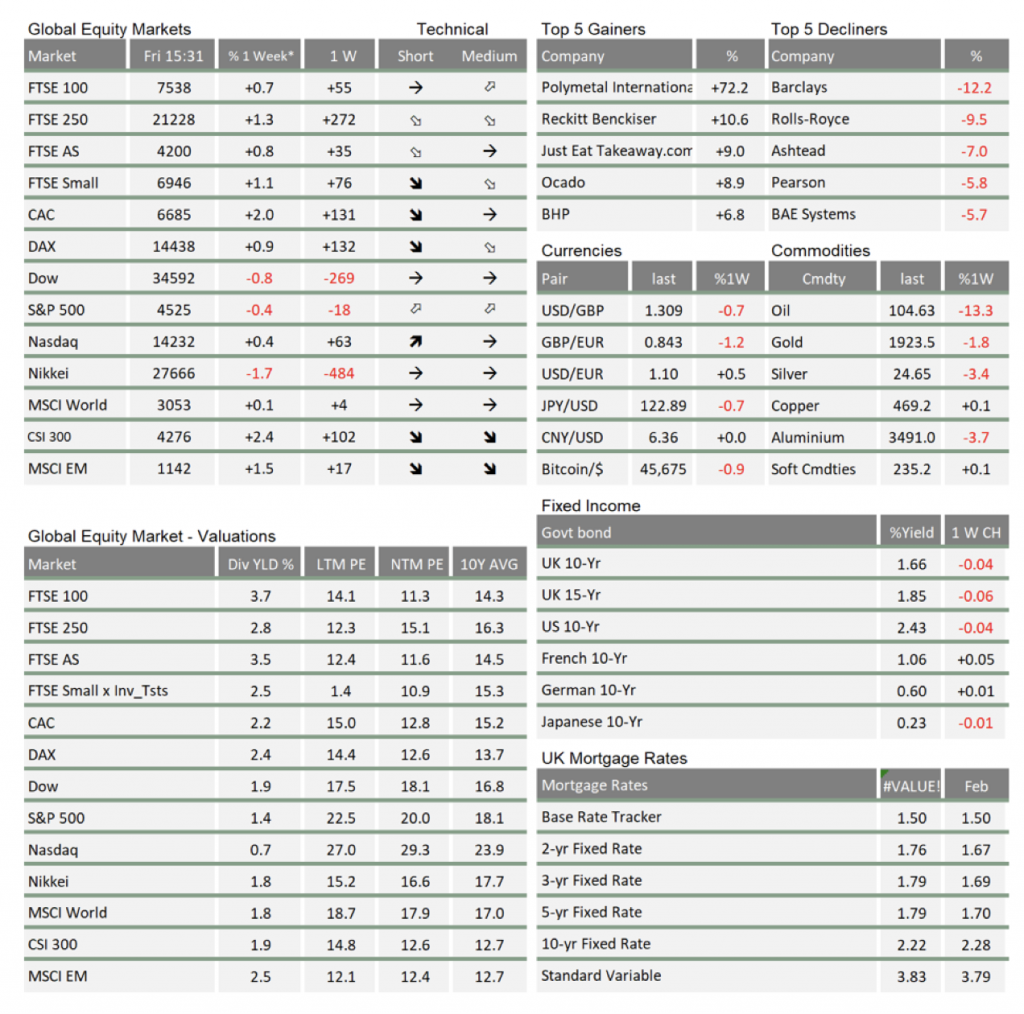