After three months of shutdown, Britain is slowly but surely opening up. The government has been keen to stress that this process is only possible because of the steadily falling infection and death rates across the country, but clearly the relaxing of restrictions is also prompted by economic concerns. With pubs, clubs, shops and many other businesses shuttered since the end of March, the UK economy has been on life support. For many businesses, the government’s furlough scheme and emergency loan measures have been the only thing keeping them afloat. 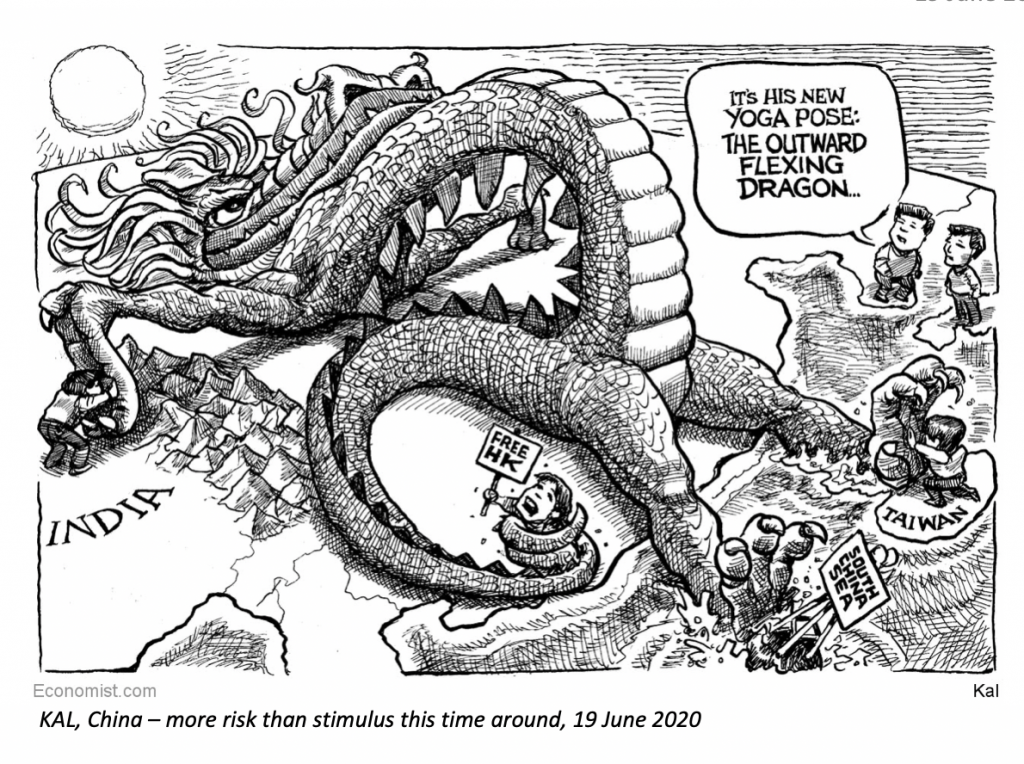 After three months of shutdown, Britain is slowly but surely opening up. The government has been keen to stress that this process is only possible because of the steadily falling infection and death rates across the country, but clearly the relaxing of restrictions is also prompted by economic concerns. With pubs, clubs, shops and many other businesses shuttered since the end of March, the UK economy has been on life support. For many businesses, the government’s furlough scheme and emergency loan measures have been the only thing keeping them afloat. These policies have only been possible through the extraordinary fiscal and monetary stimulus measures from Whitehall and the Bank of England (BoE) respectively.

But even with the UK opening up, these desperate measures will likely be needed for some time. This week the BoE announced it will add an extra £100 billion to its bond-buying program, as well as keeping interest rates pegged down at the historically low 0.1%. This leaves its asset purchase target at £745 billion, with some market participants expecting even more could be added by November. While this is no small sum, it came at the lower end of market expectations, especially as asset purchases will be at a slower pace than before. Even more surprisingly, the BoE’s chief economist Andy Haldane voted against the move, preferring to keep liquidity injections unchanged.

The BoE’s Monetary Policy Committee (MPC) noted that the UK economy is faring slightly better than it had expected. In May, policymakers sketched out (calling it a “scenario” rather than a “forecast”) their outlook for Britain over the next three years. The MPC expected a 3% contraction in GDP for the first quarter of 2020, and a 25% fall in the second quarter. In fact, the economy fell only 2% in the first three months of the year, and the latest data show a 20% fall to be more likely for Q2. Likewise, the unemployment rate was slightly lower than the 8% BoE prediction for Q1, although the more timely claimant count data does suggest it may already be at that level.

Nevertheless, these are unparalleled rates of economic decline. The BoE’s scenario has the unemployment rate declining from 8% this year to 7% in 2021, back to 4% only in 2022. And there is growing sense that the recovery may be longer and more arduous for Britain than its global counterparts. The Organisation for Economic Co-ordination and Development (OECD) expects Britain to be one of the worst hit nations economically, with GDP falling more than 11% and not reaching 2019 levels until beyond the end of next year. That would be the deepest recession in over 300 years.

The BoE’s bond purchases will be crucial in avoiding an even worse scenario. So far, the bank has been eagerly snapping up bonds to keep down the cost of finance for the government’s massive fiscal stimulus program – which only looks set to grow through the rest of the year. Rishi Sunak has been Chancellor of the Exchequer for just four months, but in that time has presided over one of the biggest increases in government borrowing in British history. With the Treasury footing wage bills for businesses all over the country, economists expect the budget deficit for 2020 to top £270 billion. That would amount to 14% of Britain’s GDP – the biggest borrowing surge since World War II.

There was surprise that the BoE indicated a slowing in the pace of asset purchases from £13.5bn to £4.5bn per week. This led to the FT reporting that the BoE would no longer soak up all the additional debt that the government is creating. Admittedly this does not align with previous statements from the various MPC members and, in particular, the Governor Andrew Bailey. After the MPC meeting on Thursday, in a conference call, Bailey again alluded to the need to do more QE.  To us, it seems most likely that the BoE is worried that government bonds would actually not have a functioning market if they were to continue at too strong a pace.

So we think one should expect the spending spree to continue, and increased if necessary (subject to the caveat below about Brexit). The message from the BoE – like virtually all the world’s major central banks – is still that it will keep liquidity flowing to support the funding of whatever measures are necessary to get on the road to recovery. And, unlike the recession following the financial crash a decade ago, policymakers have no appetite for ‘tightening belts’ through cuts to public spending. As we have written over the last few weeks, there is a growing sense among politicians around the world that fiscal stimulus is needed not just to ‘plug the lockdown gap’, but also to provide investment for growth over the long-term.

For Britain, this is particularly true given the still-looming threat of Brexit. The UK’s exit from the European Union has become the ‘forgotten but not gone’ issue throughout this crisis, but earlier this week Boris Johnson pledged to intensify talks with European negotiators and break the deadlock. Needless to say, if we divorce our largest trading partners without a deal while the nation is still reeling from a global pandemic, the results would be disastrous. But we doubt the prospect of a ‘no deal’ Brexit. While it is unlikely that the current transition period will be extended beyond the end of this year, we expect that a rough deal will be ready by around November, at which point it will almost certainly pass through the House of Commons with little or no resistance.

On the European side, we continue to expect appetite to put the Brexit issue to bed, even if most of the political capital is currently channelled to strengthening the EU with its coronavirus recovery fund. This should also be helped by the fact that the presidency of the European Council will pass to Germany next month – along with Portugal and Slovenia. While the EU Commission’s main negotiator remains the same (Michel Barnier), the political impetus, especially should negotiations get stuck, can also come from the EU Council, which unites the EU’s heads of states or governments. So, it is helpful that Germany has an inclination to keep the UK as a strong partner.

That said, we still suspect concessions will be more forthcoming from Boris Johnson’s government than from the EU, especially as the latter will be careful to avoid the impression of ‘cherry picking’. Europe is the bigger economy, and depends less on Britain than vice versa. As such, European politicians will likely feel they have more bargaining power, while our own government will need to get whatever deal it can to avoid worsening the current recession.

The Brexit path does present an additional headache for the BoE, which is that it might create a sharp downward path for Sterling if things go badly wrong in the negotiations. Managing interest rates in that environment could be very difficult. The crunch points approach towards the end of the year by which time we all hope the virus will be behind us. In the meantime, the BoE will want to maintain some flexibility even if, on occasions such as this week, that may be a slight disappointment for markets.

The path out of the pandemic is much less certain for the UK. And the economy will need a big helping hand from fiscal, monetary and Brexit policy if it is to start whirring again. Thankfully, the first two of those policy pillars are fully at the disposal of the UK government – given in these policy areas the country has always been independent of its European neighbours, thanks to not being tied into the less-than-perfect monetary union of the Eurozone. For now, and for better or worse, the UK’s fate is still very much in its own hands. 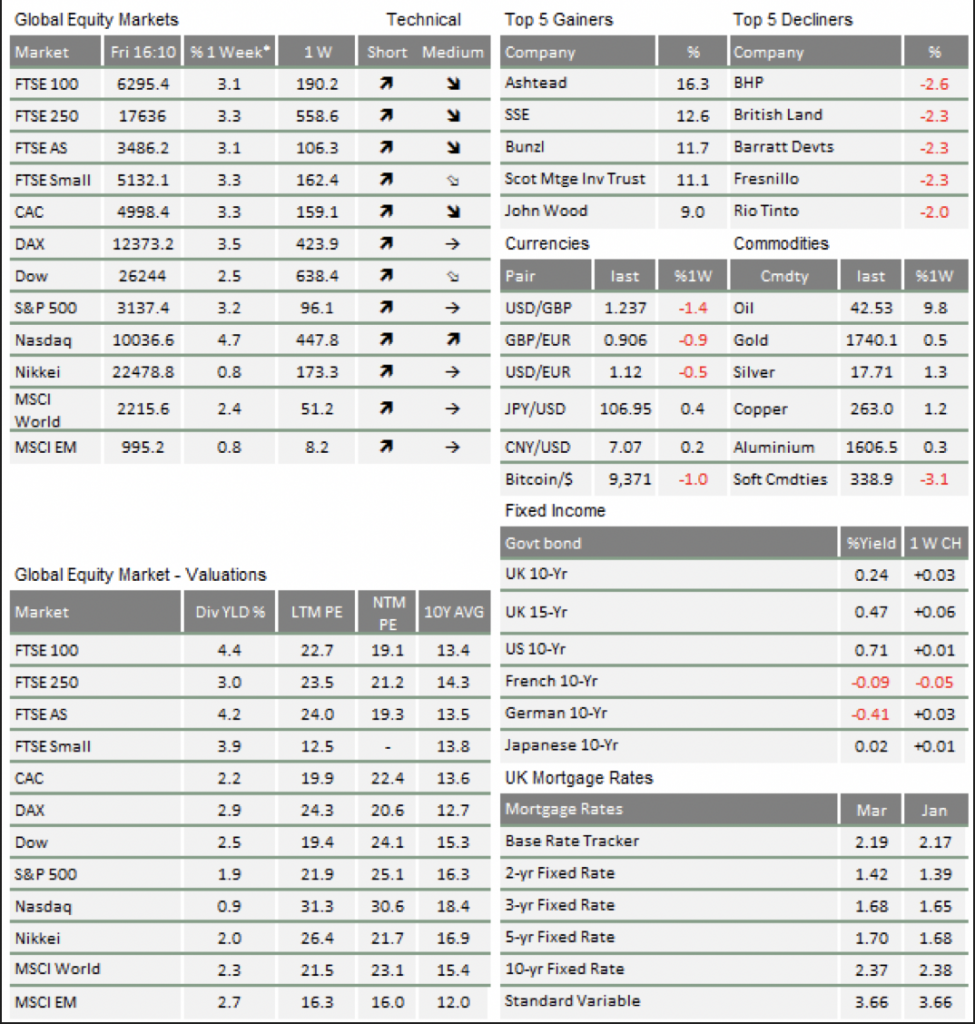