After last week’s lull in global equity markets, most regions recovered their previous highs this week, albeit in somewhat lacklustre trading patterns. Just as there were several reasons why markets were in a bad mood last week, there are many reasons for the more positive outlook this week. 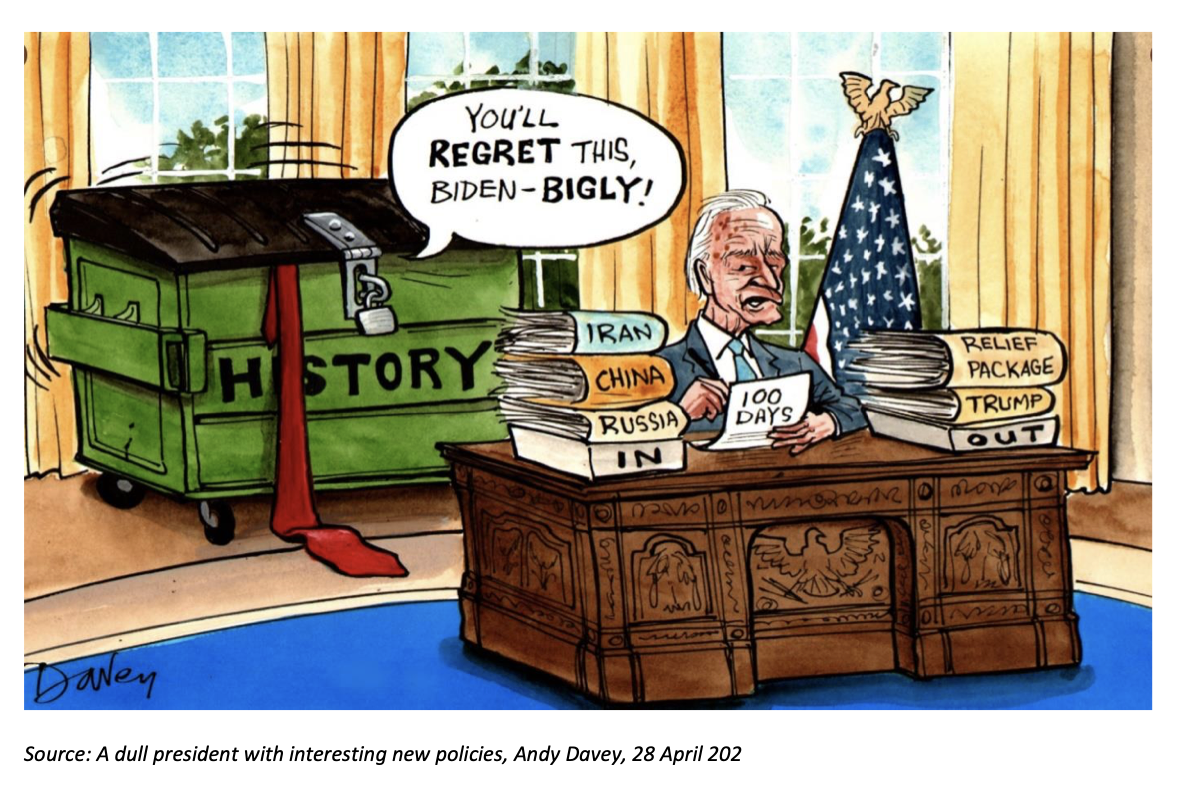 After last week’s lull in global equity markets, most regions recovered their previous highs this week, albeit in somewhat lacklustre trading patterns. Just as there were several reasons why markets were in a bad mood last week, there are many reasons for the more positive outlook this week. Those who were most fearful of geopolitical risks will have sounded a sigh of relief when Russia backed down from its threatening build-up of army forces on the Ukraine border, and the relationship between China and the US, appeared more agreeable than contentious at the (digital) climate change summit.

Investors concerned about runaway share price valuations of late have also been relieved by the massively positive corporate earnings growth figures coming out of the US and (to a lesser degree) Europe. In the US, of the S&P500 companies reporting so far (51%), corporate profits grew by an astonishing 57% over the year. In Europe, where 45% of STOXX600 companies have reported, the respective figure is +41%. Given this is even higher than already-optimistic expectations we reported earlier in the month – which cannot be explained away by a base effect given Q1 2020 was still largely COVID-free – it was perhaps surprising stock markets did not react much more positively. However, given how elevated stock markets are, the calm response should be welcomed.

For the US mega-cap tech stocks listed below, the first quarter has been nothing short of a blowout, underlining the almost global dependence on digital services during the winter lockdown. On the other hand, if the very largest companies can grow faster than the average, there might be a competition problem.

That may well be why share price performance generally did not match the growth surprise. The perception is that the more they are seen to be winning, the more vulnerable they are to sustaining such rates of growth. Below are the FANAMATs (Facebook, Amazon, Netflix, Apple, Microsoft, Alphabet [aka Google] and Tesla) share prices over the past two weeks:

Against the outstanding levels of their results (bar Netflix) the share price development will have disappointed. There are some strategies they can use to overcome the size effect headwinds they face. Our Investment Specialist Sam Leary points out that Apple’s announcement of a massive long-term capital expenditure programme is such a strategy. He thinks Apple may also try a share buyback later this year – rumoured to amount to as much as $90 billion – but which may not go down as well as investment for future growth.

Apple’s push on privacy is also interesting. As a strategy for offsetting political pressure, giving consumers the ability to stop apps tracking their activity sounds virtuous. Google is also doing something similar. However, this means third-party providers do not get something of value to them – only Google and Apple do – which sounds a bit like “abuse of platform”. This brings us swiftly back to tech market concerns that interventions from competition watchdogs look increasing likely to becoming a headwind to further growth. The Chinese are punishing tech giants Tencent and Alibaba for such moves, which reminds us that global political sentiment is definitely working against the big tech names now.

In the bigger picture, US President Biden’s address to Congress marking his first 100 days in office had the hallmarks of an epoch-changing event. While announcing his third trillion-dollar programme – this one to turn around educational standards and opportunities – Biden broke with the iron principle of US policy of the past 35 years, that the better state is the smaller state. Judging from the positive reception he received, it would appear that recent events have led many US citizens who used to rail against federal government intervention to change their view.

Some journalists even went as far as suggesting the US was adopting the Scandinavian welfare state model. We believe that is quite unlikely given this speech was Biden’s opening gambit – negotiations to get his programmes through Congress will see them watered down. When a government embarks on materially improving the very base of economic growth and prosperity – namely through physical infrastructure and upskilling its broader population – it can only be welcomed by markets. After all, investors want to see the return of sustainably higher growth levels – as long as that does not come at the price of a systematic crowding out of the public sector. Biden’s speech gave no mention of a vision of an overwhelming role of the state, but rather one of re-establishing means and measures that have served the US very well in past – paid for by a tax system where the most wealthy pay the same (but no higher) tax rate as the upper middle class.

We will be following this distinct turnaround in US economic policy with great interest, but we are already pleasantly surprised that Biden – who only last year was considered the dull compromise candidate with his best years behind him – has within just 100 days presented himself as one of the most effective change managers the US has ever voted into office. His predecessor must be furious. 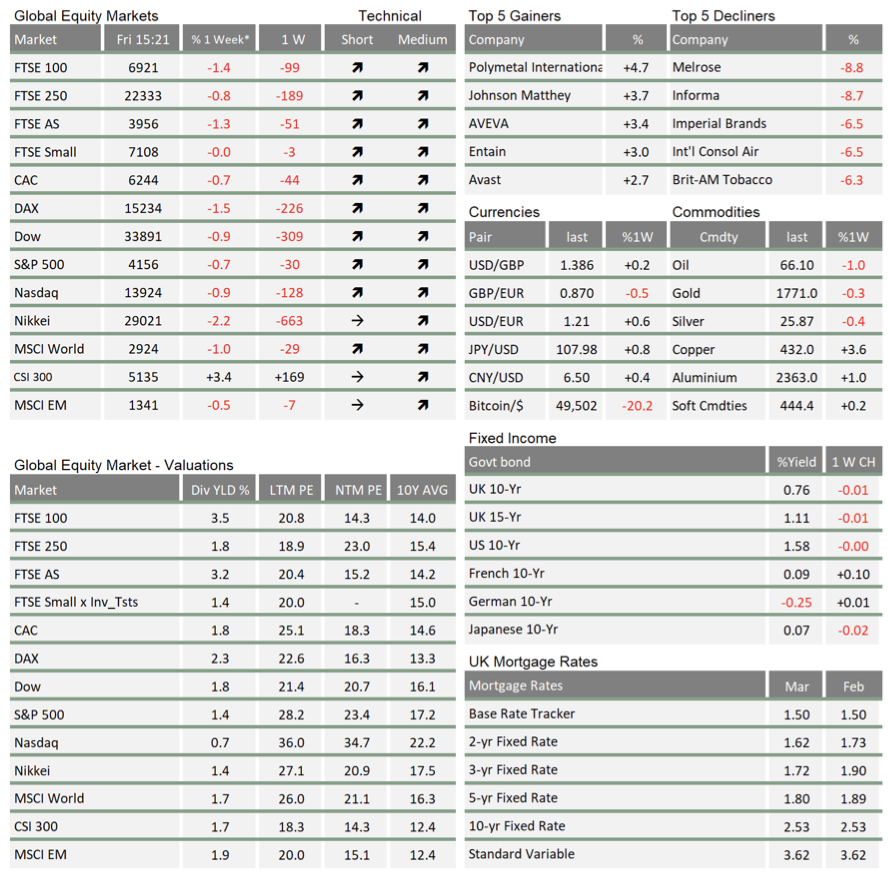