The summer season has started in earnest and yet, unsurprisingly, this year everything feels different. Most of us are relieved restrictions are easing, meaning we can go about our lives more like how we were used to until a few months ago. While in lockdown, many may have reasonably expected that – in return for our sacrifices – we would emerge into a post-COVID environment, with the virus no longer a threat, and with normalities resumed. 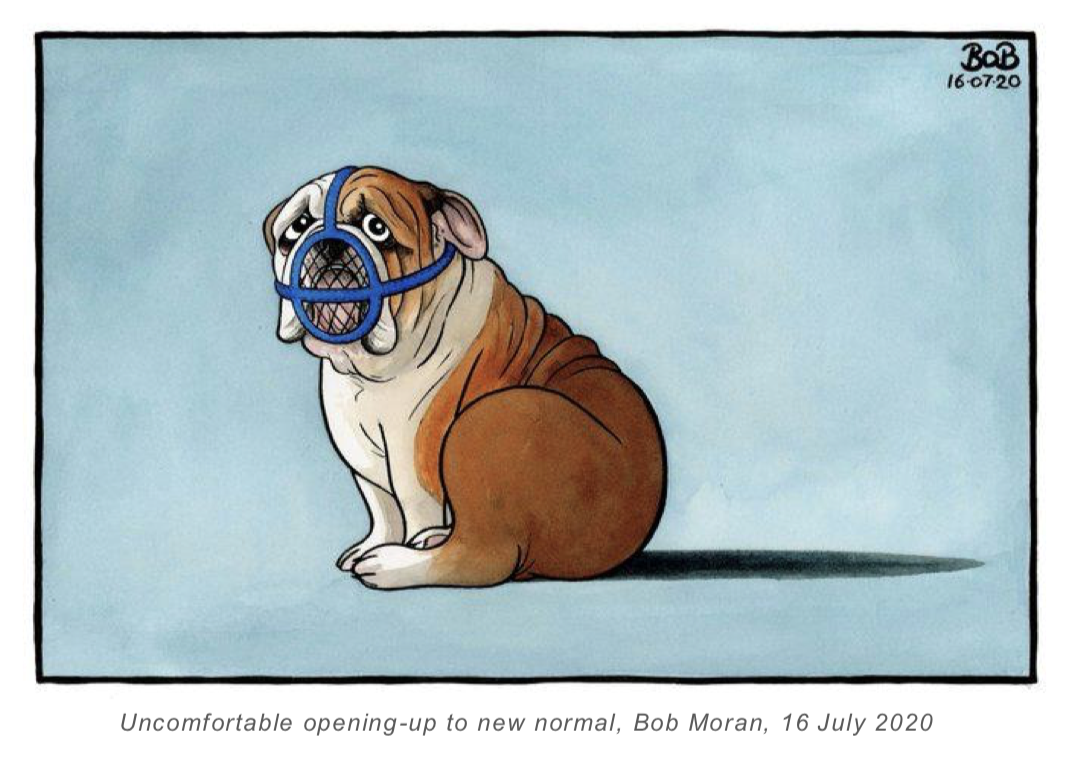 The summer season has started in earnest and yet, unsurprisingly, this year everything feels different. Most of us are relieved restrictions are easing, meaning we can go about our lives more like how we were used to until a few months ago. While in lockdown, many may have reasonably expected that – in return for our sacrifices – we would emerge into a post-COVID environment, with the virus no longer a threat, and with normalities resumed.

Sadly, until a vaccine becomes available1, normality remains a fair way off. Instead, we must content ourselves with a still-uncomfortably restricted new normal, without knowing for certain when it will end. This discomfort is not confined to our personal lives, but equally affects the economy, the jobs market and capital markets.

For now, capital markets appear at ease with the safety nets governments and central banks have provided. Our most relevant barometer in that respect is not the stock markets, but the corporate credit markets. Changes in what companies have to pay on what they borrow provides us with a fairly good indication whether the ‘wisdom of the masses’ of financial analysts signposts an increase in expectations of corporate defaults in the near future. On that front, conditions remain as calm as one could wish for under the circumstances.

Nevertheless, as governments give notice on the gradual removal of the support schemes that helped to bridge the void of forced economic inactivity for western societies and prevented widespread economic hardship, there is an increasing feeling of unease. This stems from a lack of scientific consensus on how quickly economic activity should be increased without suffering a return of the epidemic that would force many to return to self-isolation.

It is also not just governments that are forcing us out of the comfort of their safety nets. Despite assurances of continued emergency monetary support, central banks have also slowed the drip- feed of ever more liquidity. This leaves everyone in a slightly uncomfortable state of limbo between the relative economic safety of the extraordinary policy measures and a return to the harsh forces of the market economy. Currently, there is undeniably a v-shaped bounce back of economic activity, but because of the huge levels of near-term uncertainty over the further direction of the economic recovery, the jobs market has turned sour and government investment programme announcements are needed to bolster the negligible industry demand for capital goods.

Stock and bond markets have remained unperturbed about the growing risk that what was an ‘ordered recession’ may turn into a classic recessionary state of corporate defaults and mass unemployment, and have continued to inch upwards. However, China’s recent upward surge in stock markets turned into an abrupt downward reversal over the past week, as it became clear that much of the resurging economic growth there is due to government stimulus, while consumers and businesses remain very cautious to spend. The US consumer recovery may well show a very similar pattern soon, as the Southern and Western states experience a delayed but nevertheless full brunt of first wave infections, with perhaps half of the US returning to the confinement of their homes.

As we discussed last week, the UK is lagging its European neighbours in its return to increased mobility and economic activity. This seems reasonable given the epidemic took hold of the UK later and it has therefore not yet receded as far as across the Channel. However, this does not explain the distinct lagging behind of the UK’s stock market. This is more likely the result of the additional uncertainties of Brexit putting off – at least international investors – from returning with their capital.

While clearly a headwind for the UK (expressed in our investment strategy with a distinct UK underweight), there have been some notable Brexit developments over the course of the week. First, Apple won its appeal to overturn a European Commission ruling that claimed Ireland had failed to claim €13 billion in taxes. This result strengthens the position of differentiated corporate tax rates across the European Union (EU). Second, German and French fiscal stimulus package announcements increase the level of economic intervention and disparity of these packages across member states considerably. Both developments will make it harder to argue that the UK will have to continue to adhere to EU harmonisation rules in return for preferential market access, especially when the individual EU member states are themselves drifting away from the purist market economy ideal in their own industrial and tax policies.

The noise coming from both parties as we approach the UK’s self-imposed negotiation deadline of the end of July can be disheartening and worrying. On the other hand, it needs to be remembered that politicians are now more than ever depending on a strong economic recovery in order to assume re-election. An accidental hard Brexit at the end of the year would vastly exacerbate the economic hardship for regions that are already bound to suffer most from the COVID recession – in the UK namely the industrialised North with its ‘Red Wall’ constituencies. We are therefore optimistic that the threat will remain restricted to verbal ‘propaganda’, but also fear that COVID will cause the exit process to continue to suffer from procrastination and delay. Although not a disaster like a hard Brexit, this would be an enduring and continued barrier to business growth, as we have experienced since the 2016 referendum.

The only positive COVID has brought in this respect is that, with its negotiating partners all facing their own respective domestic uncertainty, the UK’s government has the opportunity to deploy many more economic support parameters to counter its own homemade headwinds.

1 There has been encouraging vaccine-related news this week, making many hopeful that an effective inoculation may be ready for deployment before the end of 2020, rather than only in 2021. 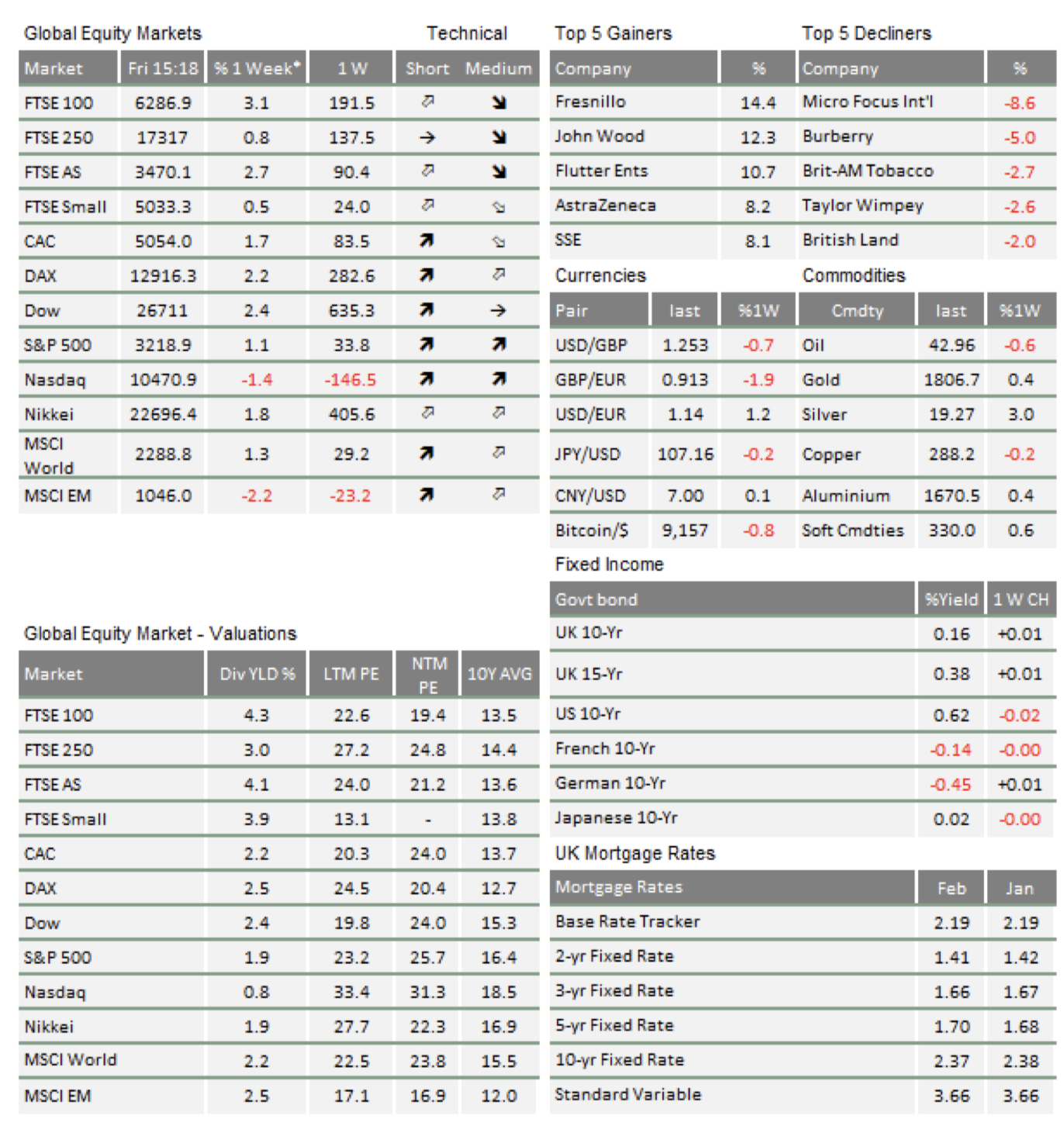