In official civil service communications, the word ‘Brexit’ has been mostly absent for nearly a year. According to Downing Street diktat, Brexit is an historic event that occurred at the end of last January (or was it March 2019?). Therefore, we never need speak its name again… 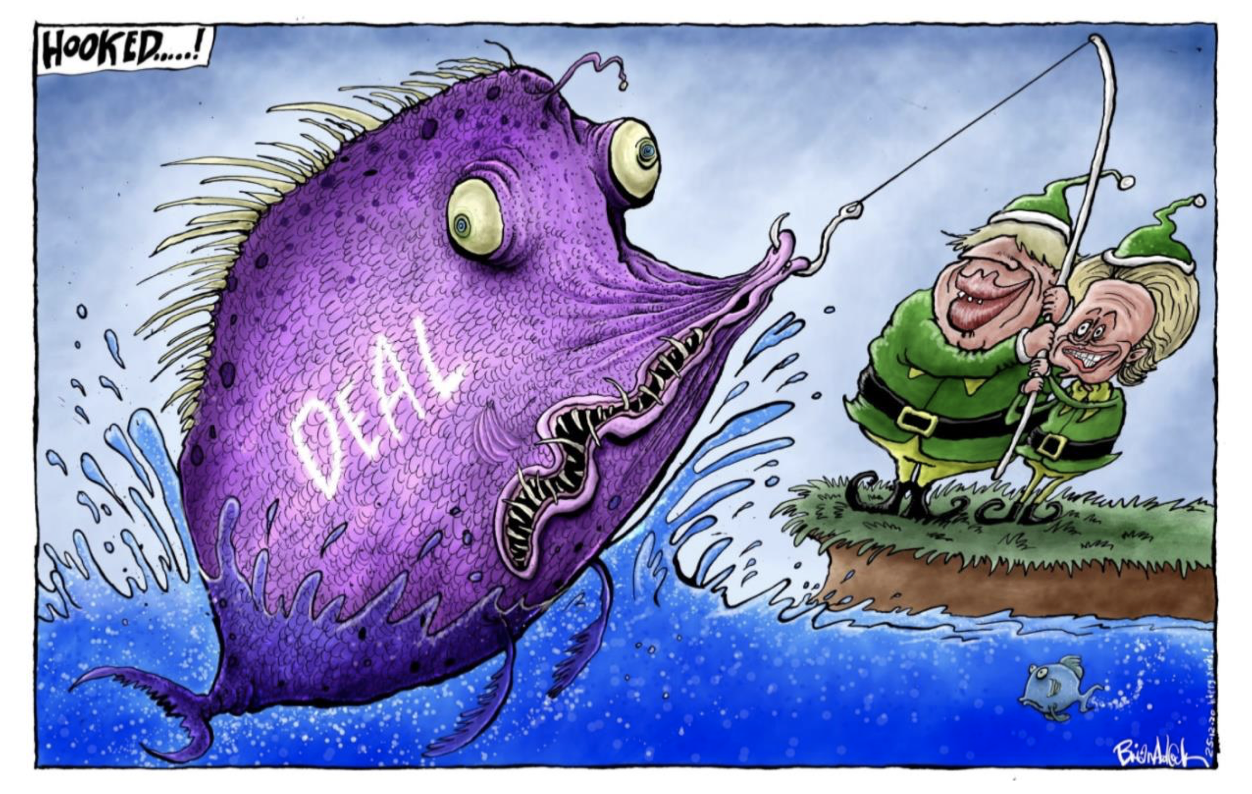 In official civil service communications, the word ‘Brexit’ has been mostly absent for nearly a year. According to Downing Street diktat, Brexit is an historic event that occurred at the end of last January (or was it March 2019?). Therefore, we never need speak its name again. Negotiations on “changing regulatory alignment” and similar phrases were the official Whitehall-speak of recent months. It certainly has not felt that way for the public, of course. Despite the all-encompassing pandemic filling our newsfeeds and halting all else, Brexit has been one of the few stories that felt very much ongoing in 2020. But 2021 is a new year. The last-gasp agreement with the European Union has been ratified and announced by British and European lawmakers, finally locking-in the UK’s regulatory break from the continent. At long last, ‘Brexit’ is consigned to history.

History will tell that it was mighty close. Boris Johnson’s brinkmanship tactics brought us much nearer to a ‘no-deal’ exit than many would have liked. But even as self-imposed deadlines sailed by, capital markets (us included) seemed assured that common interest would prevail. Judging from movements in currency and equity values, investors never bought into the negative rhetoric coming from both sides of the channel. Indeed, as we wrote many times last year, the stakes were too high – and the barriers too low – for negotiations to end in misery. And after pesky fishing disputes were washed away, markets proved correct.

In terms of Britain’s economy and asset markets, the fact that we have a deal rather than none is clearly a positive. But as analysts have repeatedly pointed out, anything less than full membership of the customs union – which Johnson’s deal deliberately falls well short of – is likely to be less conducive to trade over the medium and long-term, thereby downgrading UK growth prospects.

For goods, the deal thankfully prevents any tariffs or quotas – which would have hurt consumers as well as Britain’s exporters. But the lack of regulatory alignment means UK and EU businesses will face added bureaucratic costs when trading across the Channel, while international firms will find it much harder to distribute across the EU if they had chosen the UK as their access point to the common market. Altogether, this leads to the much-feared border disruptions in the short term and increased transactional costs for cross border trade.

However, disruption is even more likely on the services side, where Johnson’s skinny deal looks skinniest. Despite accounting for 80% of the UK economy, and the bulk of export revenues, there is little provision in the deal for Britain’s service providers, who will now lose their automatic access to EU markets, and will face increased restrictions in the short term.

The hope is that the skinny deal is only a starting point and will get plumper in time. But there are no guarantees, particularly for Britain’s financial sector. The key sticking point is whether the EU will grant London’s finance companies ‘equivalence’ – access to EU capital markets on the same basis as EU member states. Given the size and financial importance of the City of London on the global stage, the EU would certainly not want to cut off British financiers completely. But the European Commission is yet to make a decision on equivalence, awaiting clarifications from Johnson’s government.

One key reason why the Commission could grant equivalence would be the amount of European share trading that goes on in London’s financial halls (or rather, mainframe computer systems), blockage of which could cause liquidity shortages on the continent. But this might well not be a problem for Europe. Over the last four and a half years, European share trading has increasingly moved to centres in Paris and Frankfurt, in anticipation of post-Brexit difficulties. Without the danger of liquidity issues, EU negotiators have little incentive to hand out access to their markets.

We wrote in December’s Outlook that these factors make it difficult to be overly positive about UK prospects. However, in large part, Brexit damage has already been done over the past five years, with many businesses making arrangements to move overseas or cut the UK out of their supply chains. And, since capital markets expected some form of skinny deal anyway, the upside that comes with it was already included in asset prices. As such, Britain reaching a trade deal with its largest trading partner contained no positive surprise for markets. And yet, following theannouncement, UK assets fared well. Sterling gained 2% as the new year began, up to €1.12 against the Euro, and in the last few days the FTSE 100 has rallied to its highest since before the pandemic.

It would be hasty to attribute these moves wholly to Brexit positivity. Optimism in Sterling has come back down over the last few days, and it seems to have settled within the range it occupied for most of last year. FTSE positivity is certainly in full swing, but a large part of this is down to the sectoral makeup of Britain’s stock market, which makes it particularly sensitive to a global cyclical rebound through its energy and materials exposure.

Putting the Brexit question to bed should help UK equities by simply clearing up lingering uncertainties. As we wrote in our UK outlook, Brexit has loomed so large over the UK for the last five years that its assets have been seriously unloved by international investors. This has left Britain’s stock market with cheap valuations relative to its global peers – a fact that should help as global investors rebalance for the upcoming cyclical rebound. The fact that political uncertainties are fading provides a notable catalyst for this.

There is another benefit to the skinny deal. Regardless of what one thinks of Johnson’s brinkmanship as a tactic, the constant threat of confrontation and a hard split created headaches for British and European businesses trying to plan ahead. But the latest deal was presented on both sides as a great achievement, and the start of a new, prosperous and friendly relationship between the UK and EU. Ill feeling has receded and, for now, the blame game has stopped. If this can continue, it bodes well for future negotiations on services, equivalence and all else. If it lasts, a calmer tone in negotiations could be the biggest thing to come out of this skinny deal. 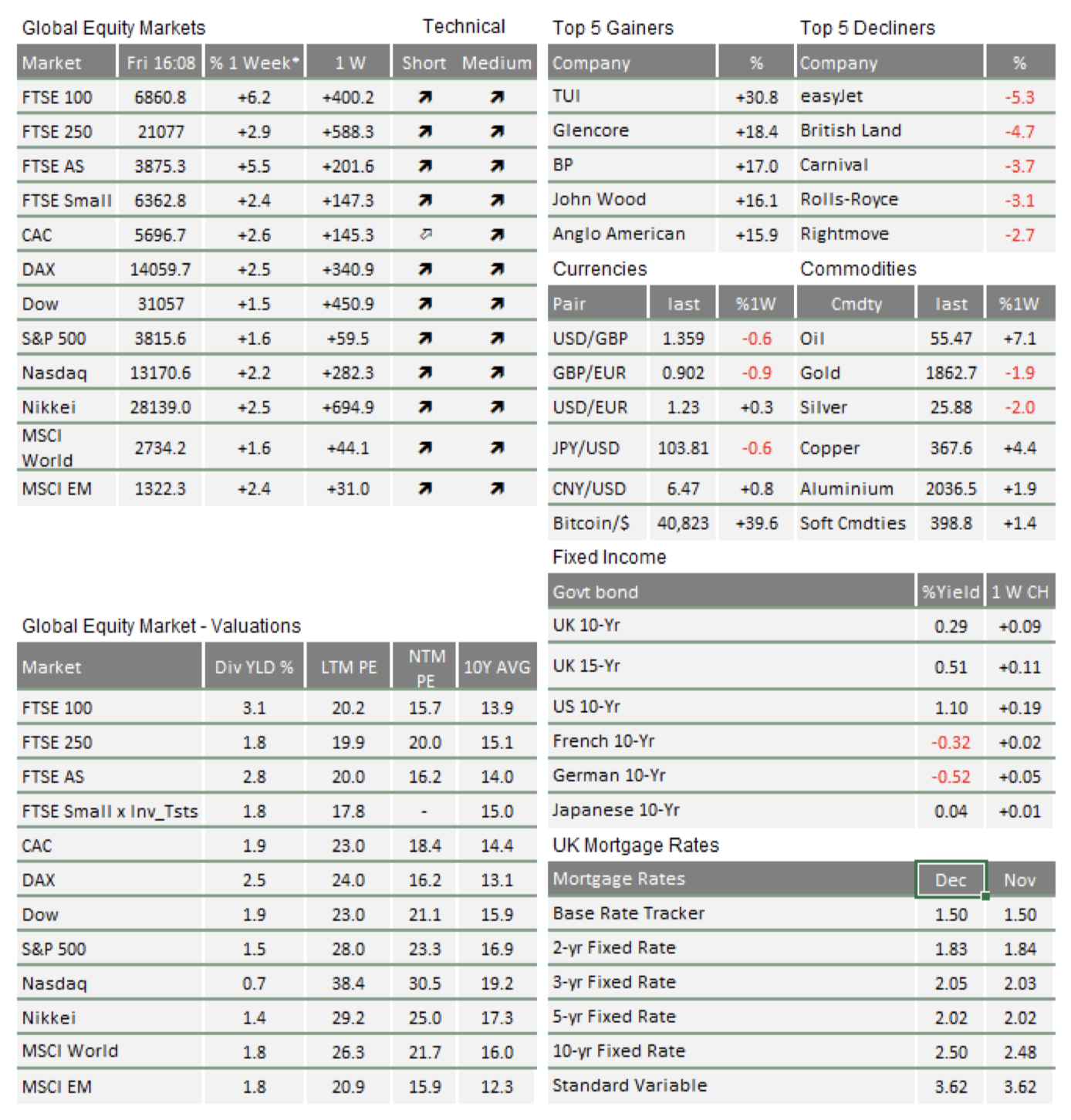