NextMaking a Will During COVID19
Market Update

Market Update: A Sigh of Relief

As Joe Biden was inaugurated as the 46th president of the United States this Wednesday, a collective sigh of relief, at the return of civility, decency and a genuine interest in the wellbeing of all citizens, could be felt around the world. 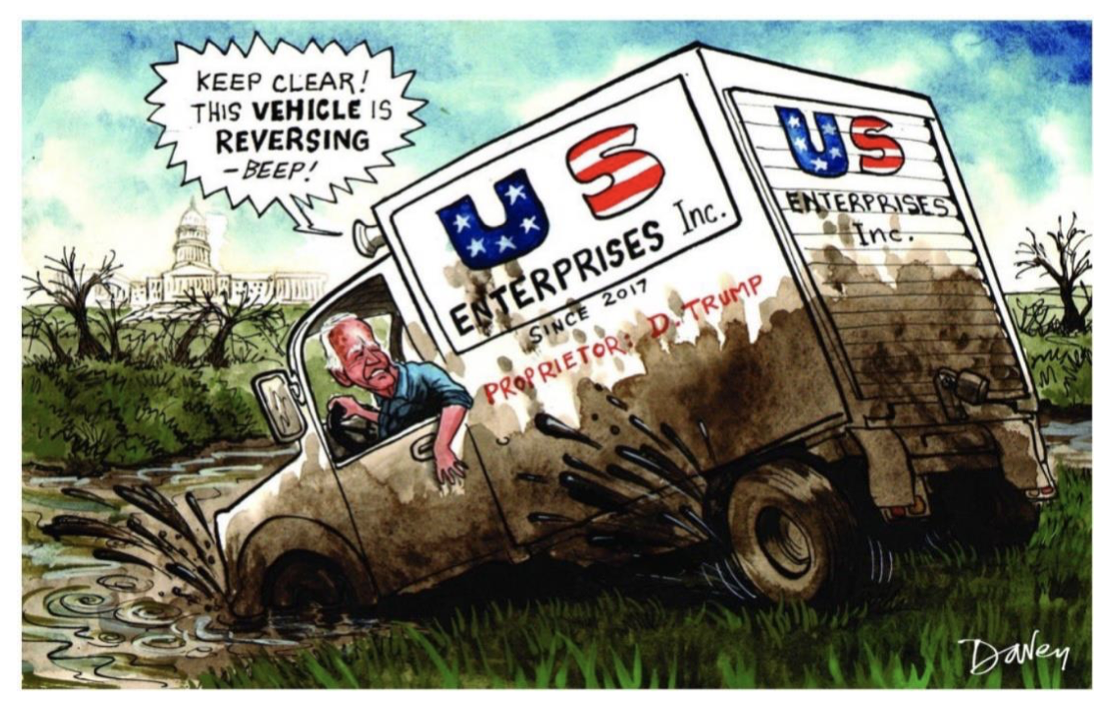 As Joe Biden was inaugurated as the 46th president of the United States this Wednesday, a collective sigh of relief, at the return of civility, decency and a genuine interest in the wellbeing of all citizens, could be felt around the world. Perhaps not one of the great inaugural speeches of US history, and one delivered by a man with qualities best described as moderate temperament and unifying empathy rather than ambitious dynamism. Yet Biden brought himself out of retirement to face arguably the most challenging set of circumstances ever presented to an incoming president. A raging pandemic and its economic consequences, a flailing US democracy, systemic racism, America’s fallen standing in the world and the “cry of survival from the planet itself”. Only time will tell whether Biden can rise to this challenge and echo contributions made by those past holders of the office also labelled ‘moderate in character’, such as George Washington, Abraham Lincoln and FD Roosevelt.

Despite his strong centrist credentials, Biden’s greatest challenge could be in persuading Republicans to join forces with his side to ‘build back, better and greener’. This is by no means a given, but he is hitting the ground running with an experienced team already in place. One of his ‘heavy hitter’ appointments is Janet Yellen as Treasury Secretary. When Yellen faced the Senate Finance Committee for approval of her nomination on Wednesday, the former chair of the US Federal Reserve (Fed) urged lawmakers on Tuesday to “act big” on coronavirus relief spending, arguing that the economic benefits far outweigh the risks of a higher debt burden.

Yellen also indicated that she would like the Treasury to “term-out” the debt – going beyond the current longest of 30-year debt, issuing 50-year and 100-year bonds. This would effectively neutralise the cost of near-term debt servicing by tying it to the prevailing ultra-low interest rate levels, while postponing repayment into the very far distant future – ‘kicking the can’ into the next century.

We estimate, under current bond market conditions, a US Treasury of 100-year maturity would carry a yield of a bit under 21⁄4%. That level is consistent with the mandate of maintaining a stable debt-to-GDP ratio, as it roughly matches longer-term GDP growth expectations and would therefore be acceptable to the Treasury, and perhaps would even help to convince fiscally conservative Republicans that this constitutes a viable investment, rather than merely a millstone of debt for future generations.

So the Fed’s meeting next week is very important for both bond and equity markets. Despite Yellen’s promises of brave actions, long-dated yields hardly budged this week. The expectation is that the Fed will soak up the new issuance. It will need to indicate a willingness to buy more, and that it will be willing to buy long – decisions which were partially expected in December but not forthcoming. It will be crucial for the Fed to get its tone right, avoiding accusations of losing independence by bowing to political pressure, or being over-constrained by Treasury dogma.

Stock markets appeared happy enough and continued to rise, providing one of the most positive receptions of an inauguration in history. While pleasing for investors – ours included – it is increasingly putting markets out of alignment with the most optimistic of assumptions. As we have noted before, and consider in more depth in the separate article on earnings below, current valuation levels are deemed ‘rationally exuberant’ – on the basis that declined corporate earnings yields are still exceeding the even lower government bond yields by roughly the same margin as they have historically. As earnings are anticipated to recover when pent up demand catapults the economy back to above the previous rate of growth, valuation levels should normalise, while potentially providing further market upside should the recovery prove stronger than anticipated. Unfortunately, this also assumes central banks will keep interest rates and bond yields supressed, even if economic activity roars back to life – a scenario at odds with itself.

This chain of assumptions makes markets vulnerable to setbacks, due either to future corporate earnings growth or changes in bond yields, with or without further central bank action. In relation to the prospect of inflationary pressures arising from the new UK President’s fiscal stimulus plan, it is true that central banks have stated they are willing to tolerate a temporary overshooting of their inflation targets, but the question is by how much and for how long, or rather whether markets are pricing-in higher levels of (inflation-driving) growth than central bankers may deem acceptable if they want to remain aligned with their longer-term monetary stability targets.

So, ‘inflation watch’ has become essential viewing for investors in 2021, but it is not just for this reason that inflation has re-entered broader media coverage recently. People’s experience is that excessive government spending fuelled by central banks buying up debt eventually leads to runaway inflation, which undermines monetary stability and in its wake the economy and prosperity. While this observation has historical merit, it is not quite that simple. Put simply, if there is more demand which is also backed up by more money at hand than there is supply, then prices are bid up. However, such price pushes only turn into inflation (sustained periods of rising prices), if wage earners can compensate those rising prices through rising wages. Economists currently neither expect that there will be a sustained lack of supply of goods and services, nor do they expect wage earners will have a strong enough a negotiating position to realise inflation-beating pay rises while there is also mass unemployment.

If the uber-optimists have their way, and economies bounce within the shortest of time periods from the worst recession on record to the biggest economic boom on record, then it is conceivable that mass unemployment will turn to wage-increasing labour shortage. However, that is not a particularly realistic expectation, and so it is probable that (just as was the case in the multi-year period before the pandemic), low levels of unemployment do not lead to galloping wage inflation.

This does not mean inflation will never rear its ugly head again, but it is far more likely to be an issue further into the future, if de-globalisation and a shrinking working age population – coupled with migration prevention – reverses the deflationary forces of the past decades and rebalances the distribution of GDP between capital and labour. Not something of global concern for the next couple of years maybe, but perhaps a more isolated issue for countries seeking societal salvation in erecting barriers to exchange of both goods and labour.

Nevertheless, even in the absence of actual inflation, the mere fear of it could become a risk to 2021’s equity markets, which have grown dependent on low interest rates, while also requiring forthcoming above-average economic growth. We remain positive about the prospects for the global economy, but at the same time retain our professional wariness which has us monitor the economic and capital market variables very closely, as we steer investment portfolios though these uncharted waters. 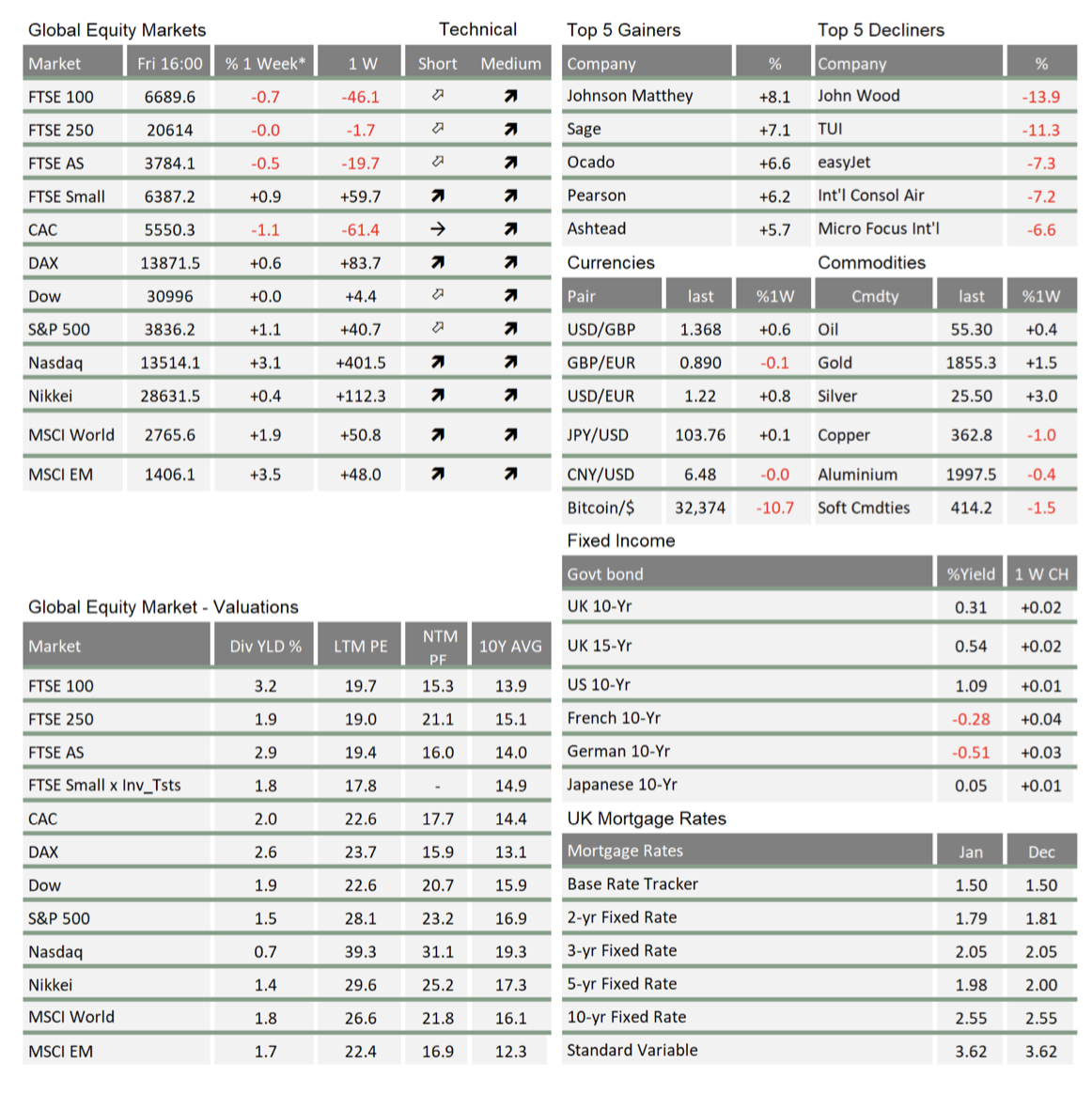