As the British government and media are keen to point out, the UK is one of the world leaders in vaccine numbers. After trumpeting the speedy approval of the BioNTech/Pfizer, Oxford/Astra Zeneca and Moderna vaccines, the government has administered jabs to more than 10 million Britons. 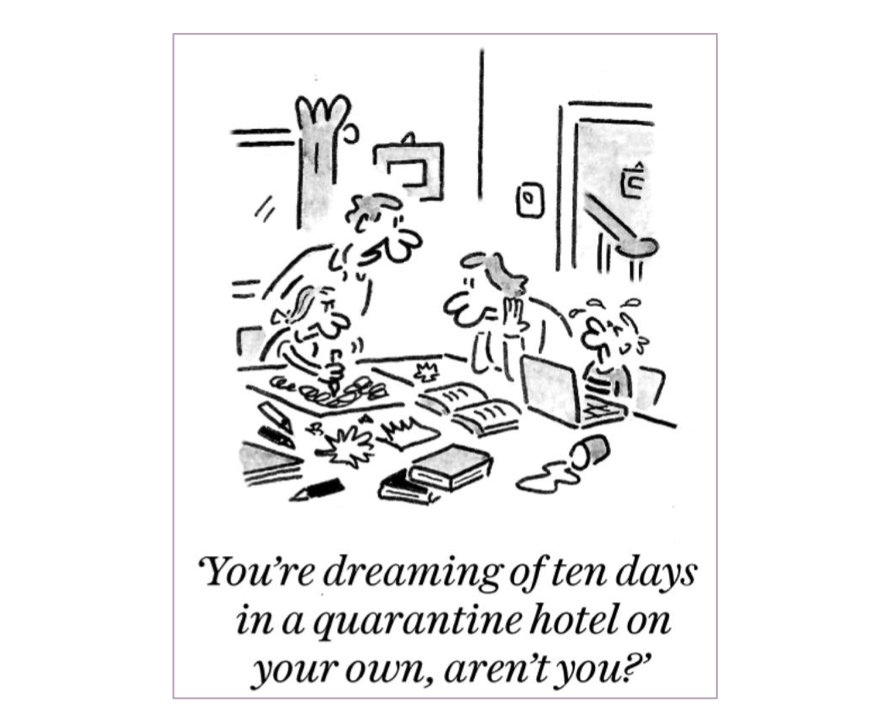 As the British government and media are keen to point out, the UK is one of the world leaders in vaccine numbers. After trumpeting the speedy approval of the BioNTech/Pfizer, Oxford/Astra Zeneca and Moderna vaccines, the government has administered jabs to more than 10 million Britons. At the time of writing, 16 shots have been handed out per 100 people, a figure beaten only by smaller population countries like Israel, the United Arab Emirates and the Seychelles.

Such good news that is sorely needed. Not only has the UK suffered one of the worst death tolls of any nation in the world, for much of last year we also laboured under stricter and longer lasting restrictions than elsewhere. As a consequence, Britain suffered by some measures one of the biggest economic contraction of any developed world nation in 2020. Now in the mire of a third national lockdown, businesses and livelihoods are under existential threat.

Boris Johnson and his Cabinet have made clear that vaccinations are the route out of the crisis – and we would agree. But it has now been two months since the Prime Minister declared that the “scientific cavalry” had arrived. By most accounts, the mass vaccination program is hitting its targets, while recent lockdown measures have brought new case numbers down sharply. And yet, for many the situation has never looked bleaker. Until this week, deaths and hospital admissions were higher than at any point during the first wave and there is no clear end to restrictions in sight – putting immense pressure on businesses and individuals.

The question for investors, as well as for the general public, is when the rapid vaccination programme will translate into some kind of normality – and the much-needed economic recovery that comes with it. The government has promised a timetable for lifting restrictions by 22 February, but schools – almost certainly the first sector to reopen – are not set to return until 8 March at the earliest. Clearly, whatever happens with the vaccination schedule, Boris Johnson does not see an end to restrictions anytime soon. According to insider reports, the government is determined to make this lockdown the last, but throughout the pandemic it has repeatedly been swayed by political winds. And the political opposition to prolonged lockdown is building. Anti-lockdown backbenchers in the Tory Party are growing in prominence, with Mark Harper, chair of the lockdown-sceptic Covid Recovery Group, this week urging the government to open schools before 8 March.

More notable are reports that Chancellor Rishi Sunak is increasingly concerned about the shifting criteria that need to be met for restrictions to be lifted. According to a Telegraph source at the Treasury: “Rishi is concerned that the scientists have been moving the goalposts in recent weeks. It’s no longer just about hospitalisations and protecting the NHS but cases and case numbers.” The fact these complaints are coming from inside the Treasury is significant, and underlines how politicised virus containment has become.

What complicates matters is that the pandemic has brought age disparities into sharp focus. The young are much less likely to be badly affected by the virus and much more likely to be badly affected by recession. If the touted ‘vaccine passport’ bestows freedoms only on the old and vulnerable, continued restrictions could prove an extremely charged political subject.

As we have written before, capital markets certainly see light at the end of the tunnel. Prices drifted down at the end of January, but as this week’s recovery perhaps evidenced, investors are generally confident that virus impacts will peter out as we head into the second half of the year. While there is potential for many businesses to struggle in the short-term, the longer-term investment world is much more concerned with what happens after the pandemic.

We can see this playing out in currency markets, where sterling has strengthened against its global peers in recent weeks. The pound’s value against the euro shows this starkly. While things look dour from the ground, currency traders clearly recognise Britain’s vaccination success, and what it means for the timing of the economic recovery, versus the comparatively sluggish rollout on the continent.

Interestingly, however, this ‘vaccine dividend’ has not buoyed UK equity markets, with the FTSE 100 lagging behind other major stock markets over the last week. As we have noted in the past, this is due to the global focus of the UK’s biggest companies, with most earning the bulk of their revenues abroad rather than domestically. Domestic virus developments therefore have only a small impact on the index compared to global news.

Markets are so convinced of the recovery in the latter half of the year that investors are beginning to worry instead about the post-pandemic future. We cannot know what long-term changes COVID will bring, but we can already see from those places where virus prevalence is low that consumers are keen to make up for lost time, particularly on leisure and services. Consumers will want to do and buy more than they ordinarily would to make up for all that they were unable to for a year or more. Depending on whether this increased demand is moderated by those who remain fearful to mingle, it is quite possible that the ensuing temporary shortage of at least certain services against urgency of demand, backed by surplus savings will lead to an upward price push which in the short term may feel very much like a return of inflation. However, economists are likely to point out at this point that such phases of ‘de-mob’ happiness tend to fizzle out and create neither sustained economic momentum, nor structural inflation pressures.

The biggest worry is what happens when the extraordinary support from governments and central banks runs out. This is why western governments last year announced very substantial fiscal investment initiatives that will allow them to phase out support programmes.

The best-case scenario is that these initiatives gather pace just as the ‘catching up’ effect peters out, that resurgent demand will not hit prolonged supply bottlenecks, that those sectors reliant on social proximity will not have suffered irreparable damage, and that consumer and business demand functions have not changed for good.

Common sense tells us that a best case scenario of such complexity is very unlikely to fall in place as outlined. Even if the hopes for a ‘roaring twenties’ still feel a little far-fetched, or at least uncertain, there is likely to be decent levels of growth over the coming 18 months with plenty of catch-up potential still in the ugly ducklings of 2020. 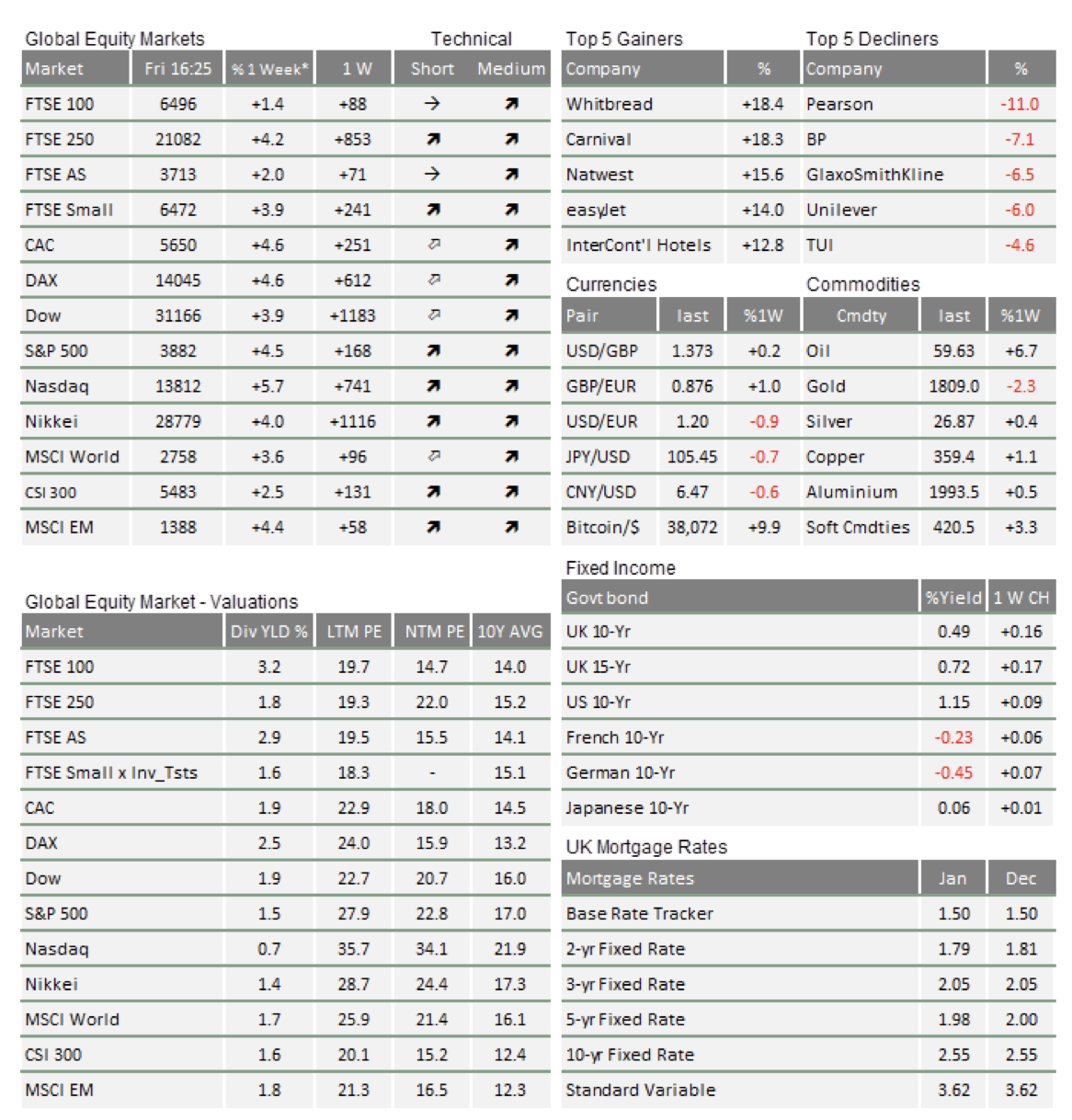