At the other end of the scale, poor returns from Japanese and UK equities confirms the trend of investors preferring long-term growth prospects of the ‘new economy’, versus short term earnings stability or recovery potential (value) of the ‘old economy’. This has much to do with the fact that the yield investors could safely earn… 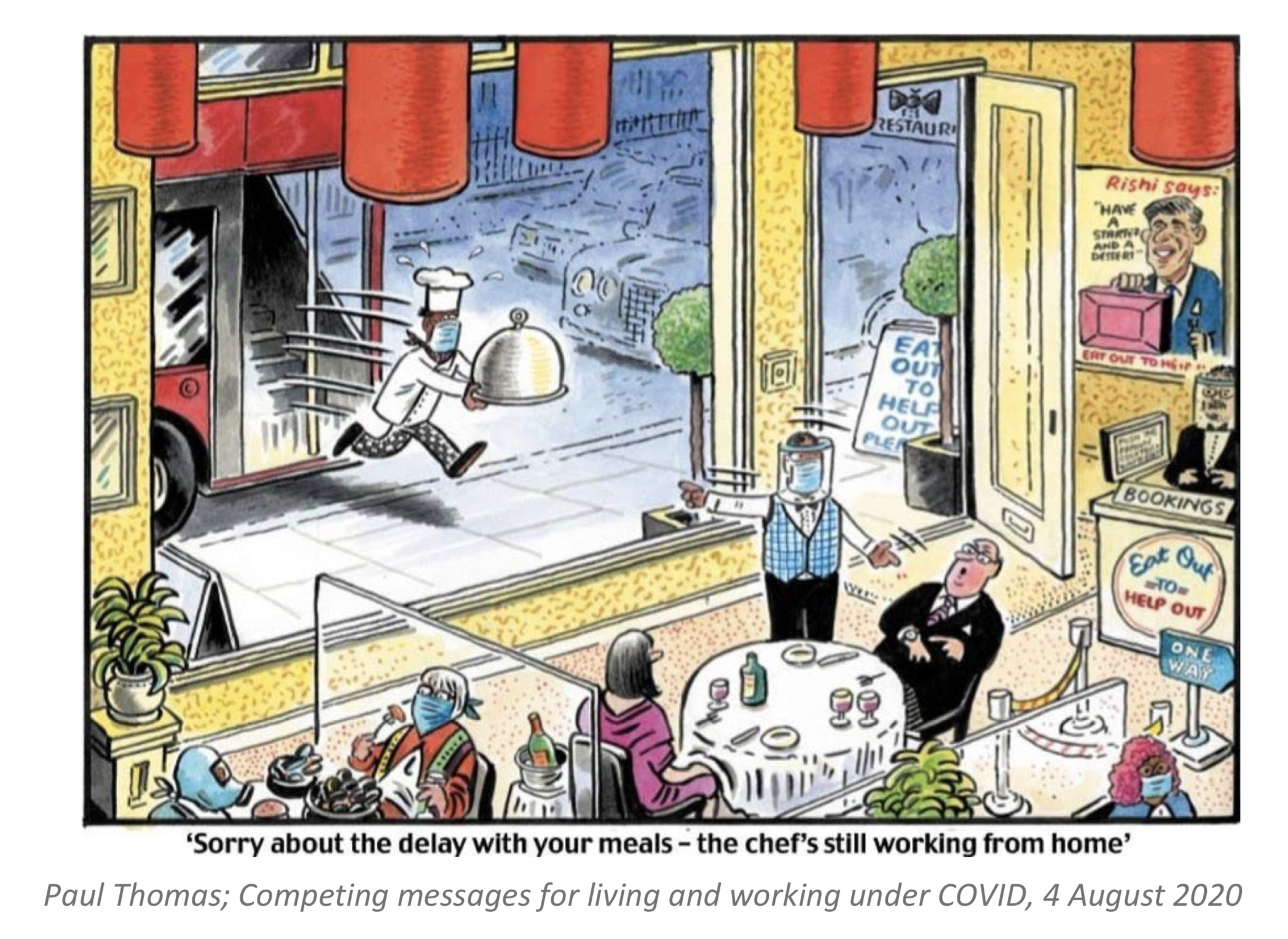 Compared to the rest of 2020, July proved almost uneventful as global capital markets consolidated strong gains made during the previous quarter, with only emerging market equities and gold delivering notable advancements (see returns table further below). At the other end of the scale, poor returns from Japanese and UK equities confirms the trend of investors preferring long-term growth prospects of the ‘new economy’, versus short term earnings stability or recovery potential (value) of the ‘old economy’. This has much to do with the fact that the yield investors could safely earn– until this long-term growth materialises – is so close to 0% that they much less mind waiting than usual – and not much with concerns over diminishing recovery potential of value investments.

As we noted in our 24 July edition, while gold has hit new all-time highs, this does not for the moment seem to be driven by a general loss of trust in money, but rather an expectation that economic growth will return in the foreseeable future. This would put upwards pressure under currently depressed bond yields, thereby lowering the capital value of those bonds (due to the inverse correlation between bond yields and valuations). As a result, a considerable migration from bonds into gold has been observed, and appears rational. While both assets are deemed safe- havens, as gold is an asset that never distributes a yield, it positively lacks the inverse yield correlation.

On the economic front, July proved much more interesting. A month ago we stated that the quarterly earnings announcements of companies would be very closely watched for signs of encouragement or disappointment relative to expectations. We also noted that those expectations were based on little more than guesswork, given the lack of historical precedence for research analysts to base their work on. As expected, corporate results declined by a larger rate than ever witnessed over such a short period of time. However, they were still on average better than analysts had predicted, which provided some support for valuations. The general economic picture also improved more rapidly than many had feared, and we cover the latest improvements in unemployment and businesses’ outlook this week in a separate article. 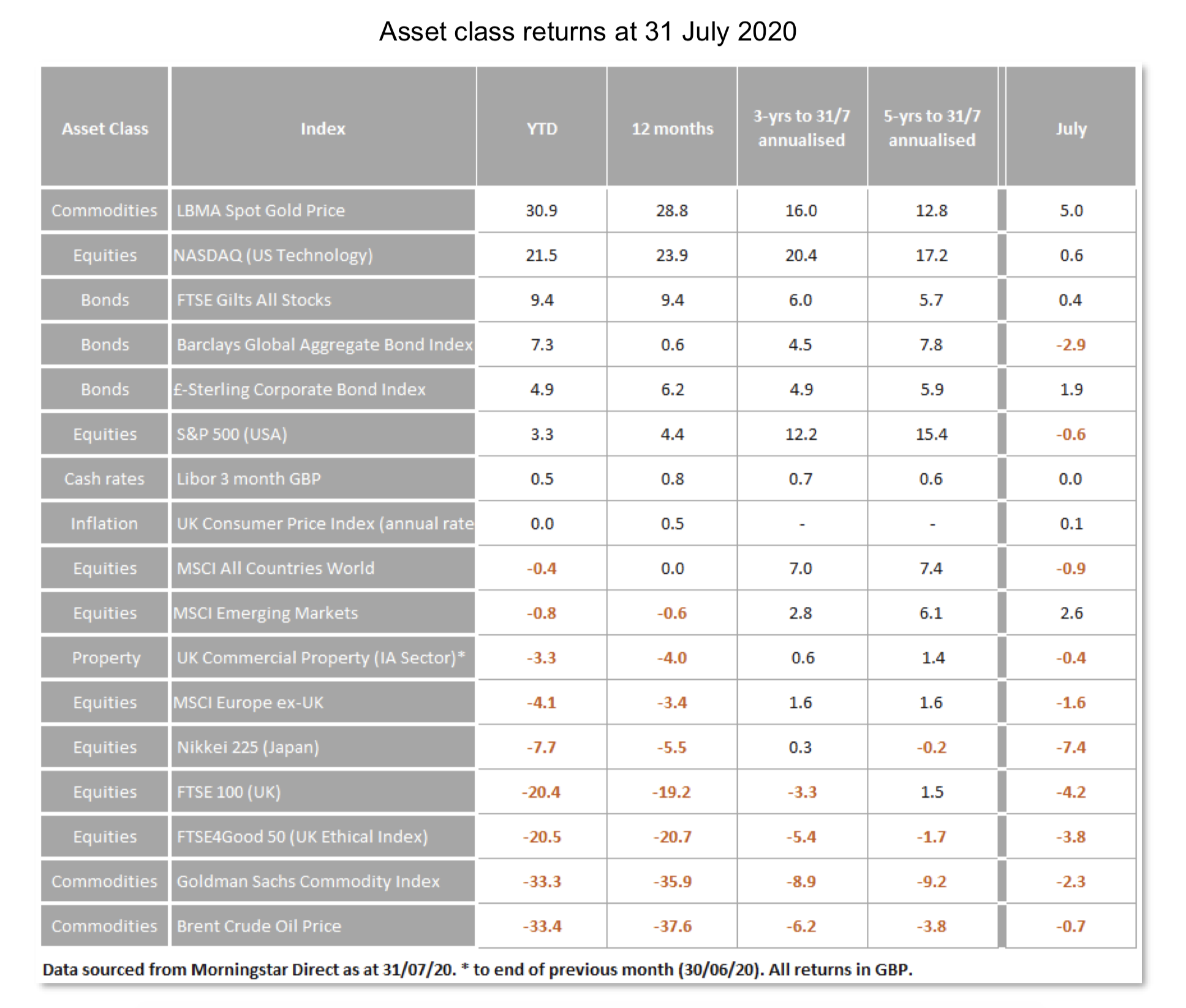 Any positive summer sentiment took a dent after a resurgence of infection rates among holidaying Europeans, while other global regions were still dealing with high infection rates from their first wave. This effectively led to one economic uncertainty being replaced by another. The strong rebound has shown that V-shaped recovery expectations were not pipe dreams, but whether we can expect to finish the upwards travel along the ‘V’ is now depending on how western societies will be able to live and operate while we wait for a vaccine.

There are widespread fears of a return of blanket lockdown and a repeat of a suspension of economic activity. We do not share those fears, because we observe how much better the medical profession can now treat severe infection cases and how society has learned to contain new flare- ups without the same economic damage as before. There is a risk that too many hopes are attached to the release of an effective vaccine this side of Christmas, but equally there seems to be an underestimation of our much-increased abilities to contain the damage, both in health and economic terms. Nevertheless, encouraging progress from various vaccine development projects, while displaying strong signs of efficacy, is also worth keeping in mind. Goldman Sachs suggested this week that the early arrival and administration of a vaccine was currently not priced into stock markets, an optimistic suggestion which is not entirely unfeasible.

If anything, July has shown that while we may not yet have the virus truly under control, we have learned to live with it in a way that means the economy will be able to get by until a more permanent countermeasure becomes available – whether through treatment or vaccine.

On the political front, there has been much to be positive about, and plenty that could prove hugely counterproductive. The most constructive development came from the European Union, which at last found a way of using their combined economic and financial power in a solidary act to the benefit of all members. Donald Trump’s increasingly jarring actions against Chinese companies occupy the other end of the spectrum, but also tell us that he seems increasingly fearful his days in the Oval Office may not extend beyond a single term. The UK comes out somewhere in the middle, or neutral. Brexit noise increased, but encouragingly, the self-imposed Brexit negotiation deadline of 31 July passed without any negative consequences. This makes us optimistic that both sides are in the background continuing to work towards a constructive rather than destructive divorce path.

August has historically brought elevated market volatility – with surprises occurring while investors are on holiday spreading liquidity much more thinly than usual. But this year we are still far away from ‘usual’, not just in holiday and travel patterns, but also in terms of the usual sources of liquidity. Central bank-provided liquidity remains plentiful and policymakers remain poised to act when needed. It is also worth noting that, so far, the gargantuan fiscal stimulus packages that have been announced have yet to be deployed – acting more to offer reassurance that they will be there to be called upon when needed. It is quite possible that this stopped last week’s market weakness deteriorating into anything more than a short-term blip, which was mostly recovered during this week.

The coming months are likely to be unnerving. But despite new uncertainties appearing, July has given us several indicators that suggest we are getting through the economic side of this global pandemic better than originally feared. With this trend continuing, optimism should prevail and lead to a continuation of the recovery that has begun so successfully – even if the path of this recovery is slower, and lower, than we have witnessed so far. 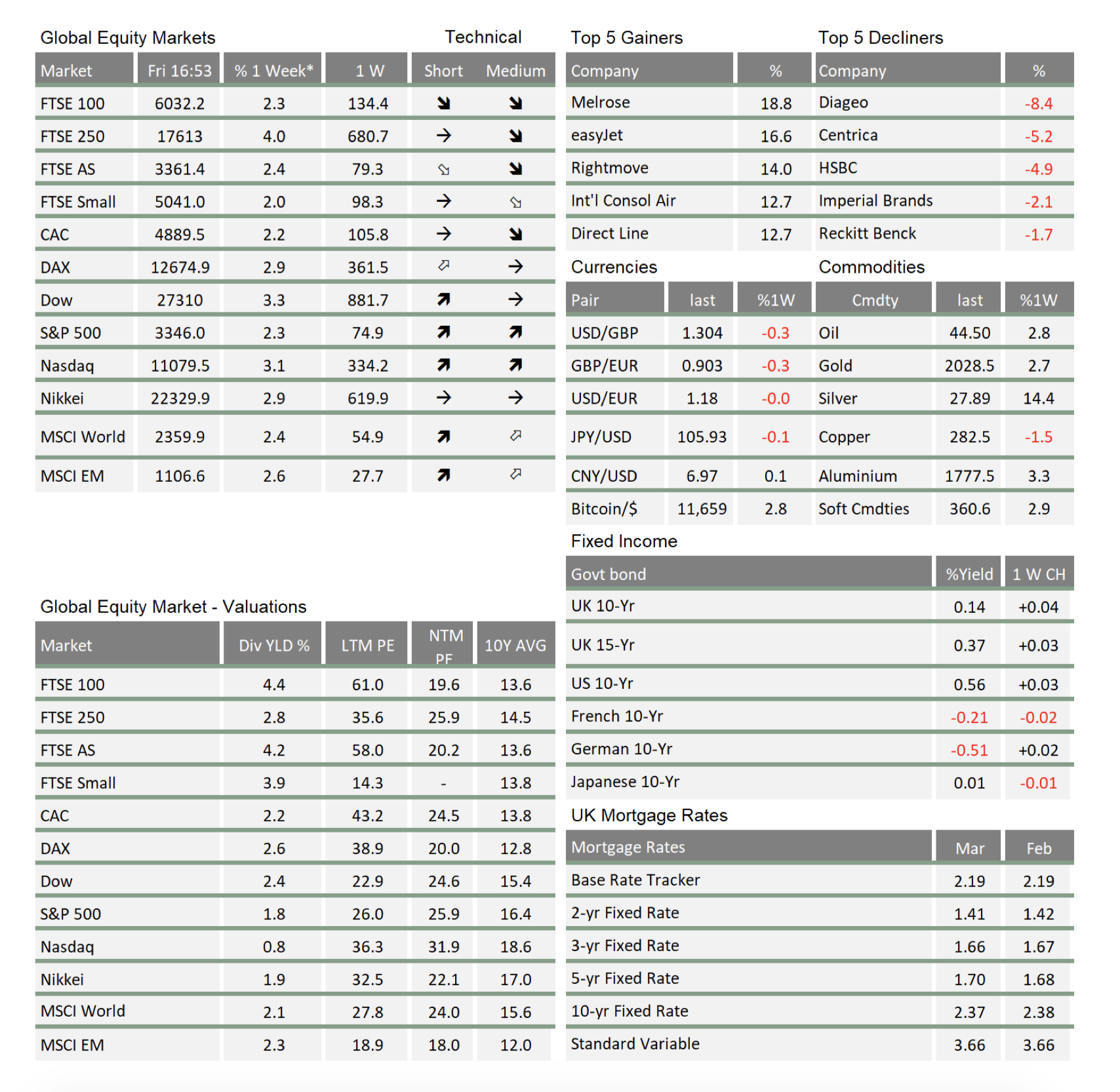