An Investor’s Guide to Brexit

Brexit has created an air of uncertainty, and no one really knows what’s coming next or what it could all mean in the long term. On 29 March, Prime Minister Teresa May triggered Article 50 of the Lisbon Treaty in a letter to EU Council President Donald Tusk, starting two years of divorce proceedings…

An Investor’s Guide to Brexit: what could it mean for UK investors?

Brexit has created an air of uncertainty, and no one really knows what’s coming next or what it could all mean in the long term. On 29 March, Prime Minister Teresa May triggered Article 50 of the Lisbon Treaty in a letter to EU Council President Donald Tusk, starting two years of divorce proceedings.

REFERENDUM ON THE UK’S MEMBERSHIP OF THE EU

The Brexit process started on 20 February 2016 when then Prime Minister David Cameron called a referendum on the UK’s membership of the EU. The news saw a decline in the value of sterling, although stock markets experienced a more muted reaction. External events, such as worries over China’s economy, were also affecting markets in early 2016.

A similar pattern was repeated on 24 June 2016, the morning after the referendum, when it was confirmed that the Leave campaign had won the day. Again, sterling moved lower but stock markets were less affected than many had anticipated.

In part, the resilience of the UK stock market was due to investor appetite for international stocks with foreign – particularly US dollar – earnings.

WHAT COULD BREXIT MEAN FOR UK INVESTORS?

The implications of Brexit and its impact on markets is a significant investment planning challenge over the coming years for all investors. Brexit is overshadowing all other investment planning issues and highlighting the need for solutions which can provide protection and the possibility of strong returns. So the road to Brexit has reached another milestone, but what could it mean for UK investors?

Planning the future of our finances is never easy, and the slow but ongoing global recovery combined with the unknown from Brexit makes this even more challenging. The Brexit referendum in June last year was widely expected to have an immediate negative effect. The Bank of England cut interest rates in half to protect the economy – but events did not unfold as predicted.

Some experts predicted markets would collapse along with the pound. But Britain’s economy has defied expectations, and subsequently the UK stock market surged ahead with both the FTSE100 and FTSE250 showing record highs, and the UK’s economy growing stronger than most developed economies since last summer’s referendum. Sterling will remain a key instrument to watch over the near term, as movements in currency will continue to impact the extent of the wider market response. Political events in the United States and Europe have added an additional twist to the outlook for major global currencies.

The performance of sterling has demonstrated just how predictions can be awed. It is true that it has weakened, but a falling pound has made UK exports much more attractive to the rest of the world. Prior to the referendum, sterling had risen to a level that some experts believed was unsustainable. Even without the Brexit vote, a correction might have been expected.

Current UK interest rates restrict its appeal relative to other currencies, especially the dollar, as the US has already begun increasing its own central rate. A low-value pound could therefore continue, with UK exports and the FTSE showing the benefits. 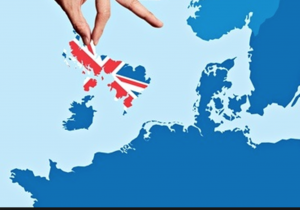 With the growth of the UK economy continuing, the UK interest rate could also be ready for an increase. Some consider this will not happen until next year. Even if there is strong economic growth, the Bank of England could leave rates alone as Brexit anxiety becomes a real concern.

Savings rates fell to record lows in the wake of the Brexit vote, helped on their way by the Bank Rate decision in August 2016. Again, the triggering of Article 50 is unlikely to make much difference. Savings rates may already be on the way back up, although even the best performers are still struggling to beat inflation.

AMERICAN ECONOMY MAY HAVE A MORE SIGNIFICANT EFFECT

Savings rates do not move as rapidly as stock markets, so they are unlikely to respond until concrete facts emerge about the eventual deal. Other factors, such as the success or otherwise of the American economy under President Trump, may have a more significant effect.

In the short term, Brexit is unlikely to have a significant impact on the legal and regulatory framework for UK pension plans. It does, however, open the door for UK legislation to deviate from EU requirements in the future.

Looking towards the future, diversification will help protect investments from the full impact of market volatility, but it’s important that investors don’t over-worry about disruptive events or financial crises that are unlikely to happen and play it too safe in their asset allocation.

With the pound falling against other currencies, it means that overseas investments produce an additional benefit when they are converted into sterling. People who feel pessimistic about the UK economy or their own personal finances are more likely to plan to save more over the next 12 months to ensure they have a financial safety net, according to a Zurich survey [1].

HOW PEOPLE FEEL ABOUT THE ECONOMY 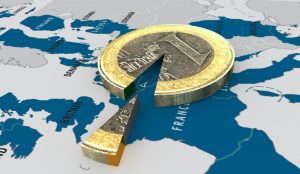 The findings suggest that current affairs have a significant impact on how people feel about the economy, with the two sides of the Brexit argument currently feeling very different about the future. Six in ten (60%) remain voters said they felt pessimistic about the economic outlook of the UK compared to just over one in five (22%) of those who chose to leave.

This negative attitude is also having an effect on how people view their own finances and
how they plan to save. When asked about their personal financial situation, 32% of remain voters feel pessimistic compared to 27% of leave voters.

Further to this, younger people appear more likely to feel pessimistic about the economy and therefore intend to increase their savings. As such, just under half (49%) of 18 to 24-year-olds say that they are aiming to save more money in the next 12 months, compared to just 13% of 50 to 64-year-olds.

THE NEED FOR SOLUTIONS AND PROFESSIONAL FINANCIAL ADVICE

With Article 50 now triggered and the negotiations beginning, the effects of the next stage of Brexit may be just as difficult to predict. The triggering of Article 50 continues to highlight the need for solutions and professional financial advice that will support you in achieving your investment goals in the short to medium term. To discuss any aspect of your financial plans in the light of Brexit, please contact us.

INFORMATION IS BASED ON OUR CURRENT UNDERSTANDING OF TAXATION LEGISLATION AND REGULATIONS. ANY LEVELS AND BASES OF, AND RELIEFS FROM, TAXATION ARE SUBJECT TO CHANGE.

THE VALUE OF INVESTMENTS AND INCOME FROM THEM MAY GO DOWN. YOU MAY NOT GET BACK THE ORIGINAL AMOUNT INVESTED. 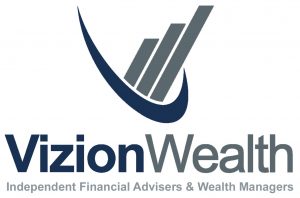 This blog and its attachments or links should not be relied upon as advice, except to the extent that advice is set out in an attached bespoke Suitability Letter. Information is based on our current understanding of taxation legislation and regulations. Any levels and bases of, and reliefs from, taxation are subject to change. The value of investments and income from them may go down. You may not get back the original amount invested.Past performance is not a reliable indicator of future performance. 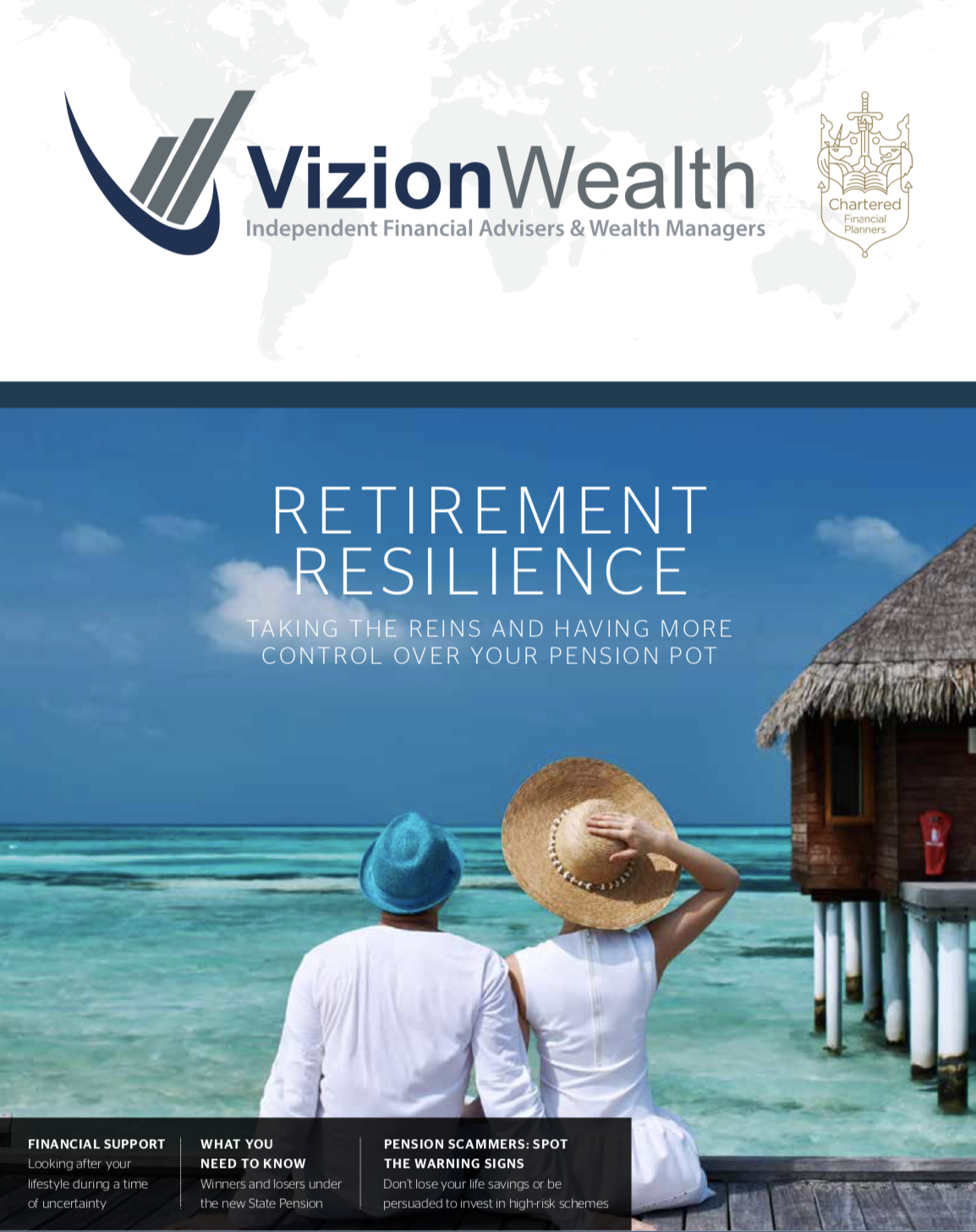