It would be some understatement to say that Rishi Sunak had an interesting start to life as Chancellor of the Exchequer. Less than a month into the job, Sunak delivered his first Budget as the UK economy was closing it shutters and a black hole in public finances was expanding. One year on, his second Budget looks to be just as eventful. 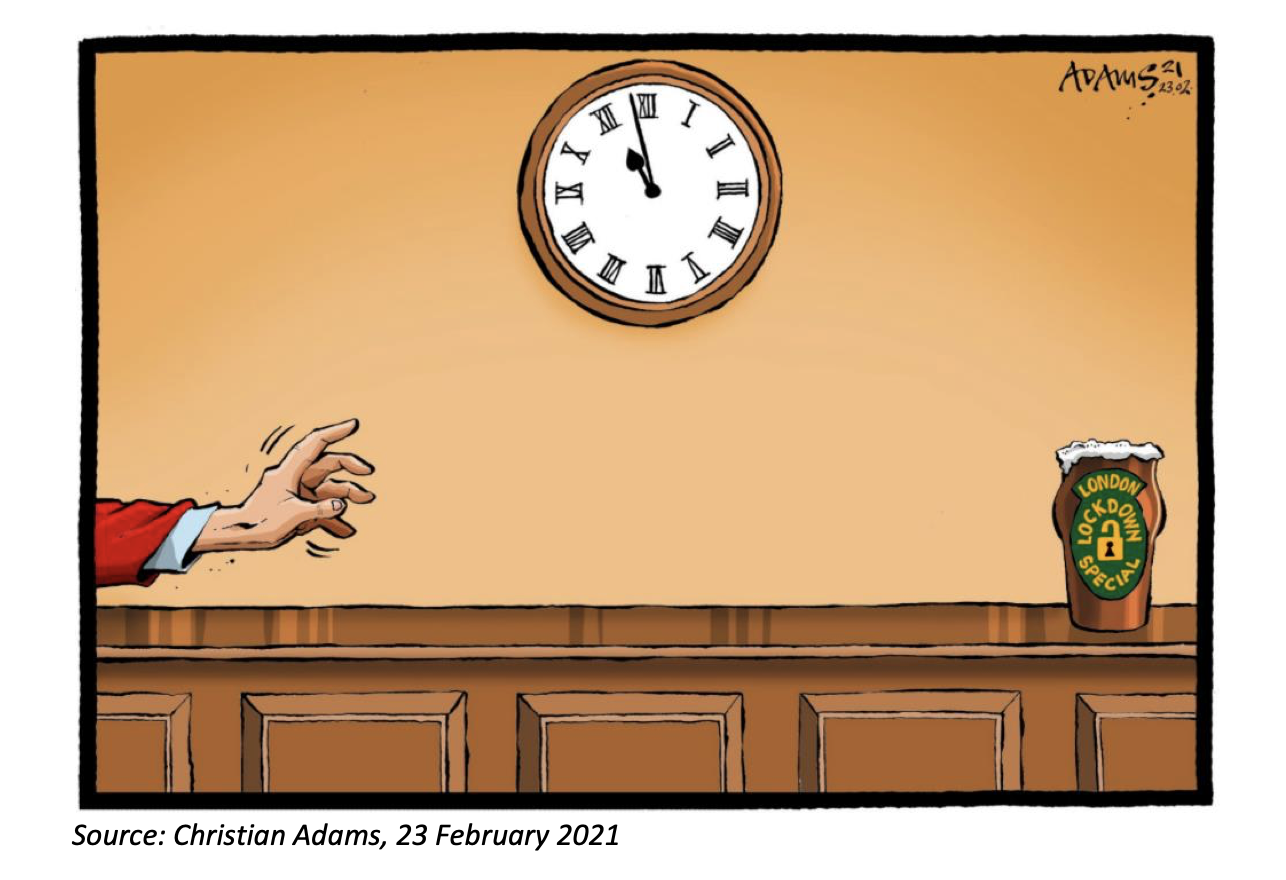 It would be some understatement to say that Rishi Sunak had an interesting start to life as Chancellor of the Exchequer. Less than a month into the job, Sunak delivered his first Budget as the UK economy was closing it shutters and a black hole in public finances was expanding. One year on, his second Budget looks to be just as eventful. The immediate priority is clearly to continue emergency support for the general public, but with the government’s roadmap to normality now firmly in place, all eyes are on Sunak’s plans for a post-pandemic recovery.

The focus of media speculation so far has been how the Treasury plans to pay the mountainous bill left by lockdown measures. Sunak has been no stranger to fiscally hawkish rhetoric throughout the pandemic, mentioning on several occasions that taxes may need to rise, or spending will come down as the world opens up. According to multiple sources, the Chancellor will use the latest budget to propose a rise in the UK’s corporation tax rate.

Last week, we wrote that tightening fiscal policy at this point made little sense from an economic perspective. Pushing money out into the economy through extraordinary spending measures, only to then reel it back in through increased taxation, could be extremely damaging to the short-term recovery, particularly if it comes while restrictions are still in place. So, why is 11 Downing Street supposedly so intent on raising business rates?

First of all, while this is still only speculation, Sunak’s often hawkish noises over the past 12 months have rarely translated into actual policy. We do not want to get into a policy guessing game, but we expect more or less the same in this Budget. More fundamentally however, changing the corporate tax regime is not necessarily the same thing as tightening fiscal policy.

It is telling that, according to the Financial Times, Sunak will use a suggested corporate tax hike in the US as explicit justification for the same move here. There, US Treasury Secretary Janet Yellen has plans to raise America’s business rates from 21% to 28%. But while the Biden administration cites the need to fund an expansive $1.9 trillion stimulus package as one of its reasons for the move, officials have also argued for it on political grounds. Aside from the economics, politicians – and certainly the public – want big business to pay its fair share.

They have a point. Regardless of what one thinks about the benefits of relative levels of corporate taxation, businesses on a global scale have undeniably had a good run in tax terms for quite some time. Globalisation has allowed multinational companies to base themselves practically wherever they like, leading to international competition on tax rates. The result has been a consistent steady decline of corporate tax rates, down to a 24% official rate in the US, 19% in the UK and as low as 12% in Ireland.

Those official rates do not tell the whole story either. Only a business’s profits can be taxed, but global corporations often work very hard to disguise or reinvest profits to avoid a hefty bill. In the US for example, when including supposedly unprofitable companies, the effective tax rate is estimated to have fallen to just 12%, down from around 30% in the 1980s. Moreover, since corporate tax rates are flat – unlike progressive income tax – those businesses with more resources to devote to corporate tax structuring end up paying significantly less as a percentage of what they earn. This is effectively a tax bonus that comes with being a large multinational company – as we often see in controversies around Amazon, Google and the US technology mega-caps. This has created significant political pressure that has only been amplified by the pandemic. The big winners have continued to win big, while the rest have struggled. 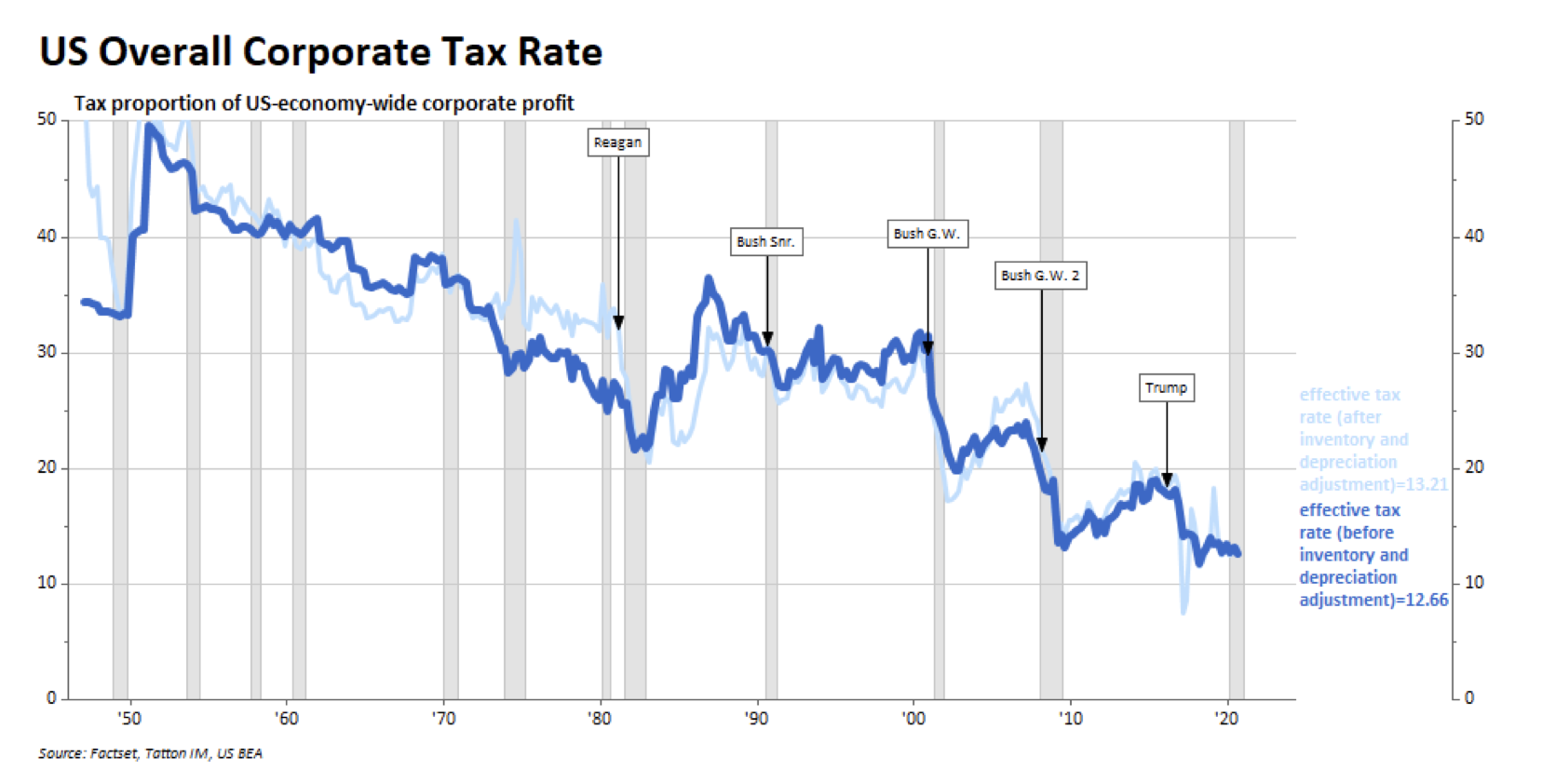 With public opinion now firmly behind them, US politicians sense an opportunity to go after tax- clever corporates. Given that multinationals are the target, this is an issue that can only be addressed on a global scale – to avoid another race to the bottom on tax rates. Rishi Sunak citing potential US tax changes to justify his own is a great example of this, but we can see it happening almost everywhere. Add to this the European Union’s continued discussion of a financial transaction tax, and the Australian government’s recent payment spat with Facebook, and it seems the taxation tide is turning. Global corporates may have little room to hide.

Such a move, and the political reasoning behind it, is crucially different to a worldwide fiscal tightening. Governments are not taking money out of the economy just to balance their own budgets, but are rather trying to force a redistribution from the winners of the pandemic to the losers. Rishi Sunak will no doubt talk about the need to retain competitive tax rates and responsible spending to placate his Conservative peers in this post-Brexit environment, but the fact remains that public spending and investment remains extremely high, while the Bank of England is committed to financing the deficit indefinitely. The same is true all over the developed world.

From an investment perspective, this means the relative losers from this worldwide political move will be the big winners from before. Amazon, Google and Facebook are unlikely to enjoy the same ability to leverage their size and international reach for a smaller tax bill than they once were. We suspect this is one of the reasons behind the recent underperformance in the US tech-heavy Nasdaq – which last year soared to uncharted heights. On top of that, rising yields mean that discounting future cash-flow does not generate quite the same amount in terms of present day share value anymore.

Of course, this is entirely different from saying that the benefits of being a large multinational will disappear. Such companies still have influence and access to economies of scale that others could only dream of. What it does mean is that, once fiscal policy does eventually tighten – whenever that might be – global corporates are likely to be the ones it tightens around. 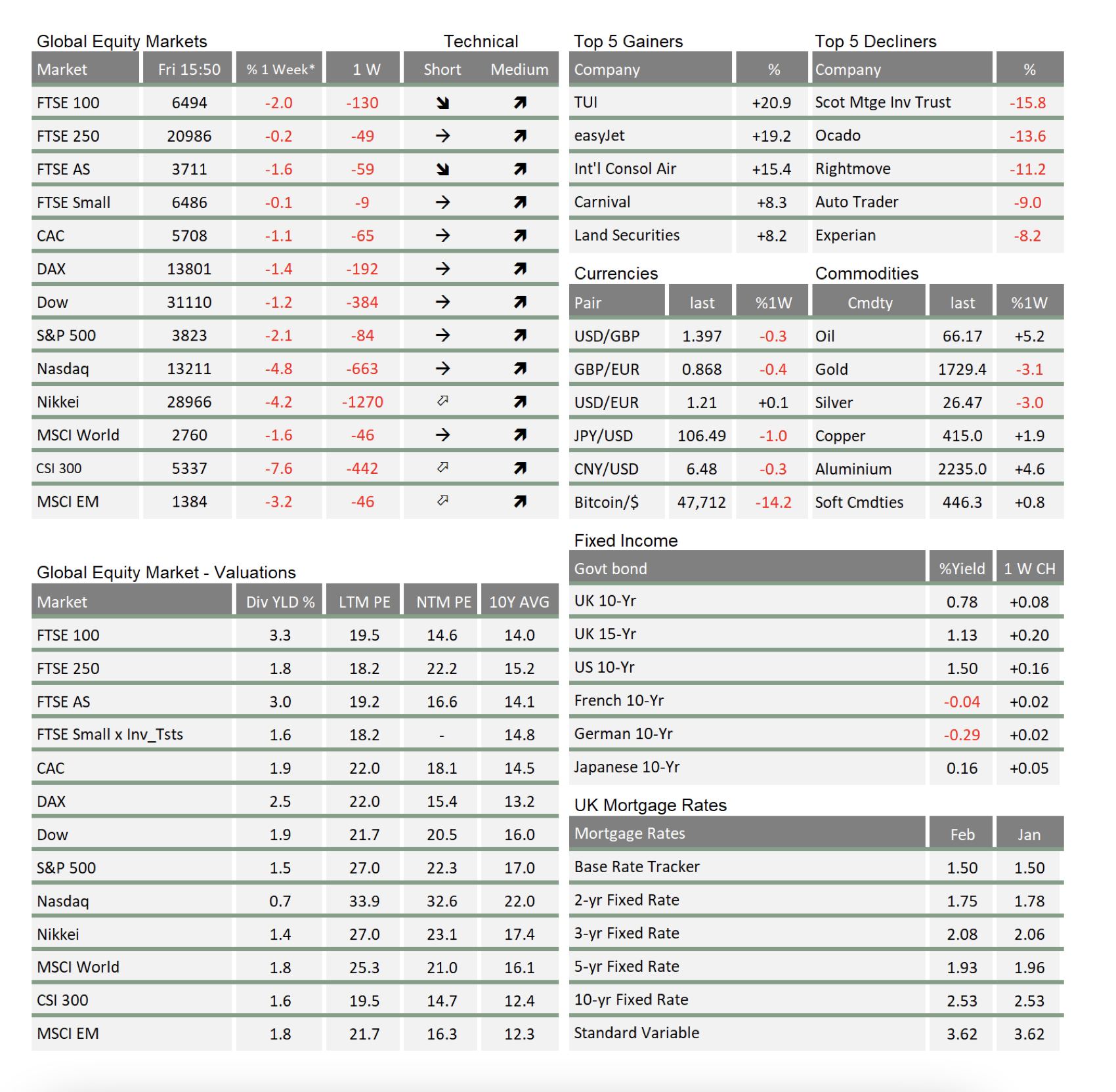